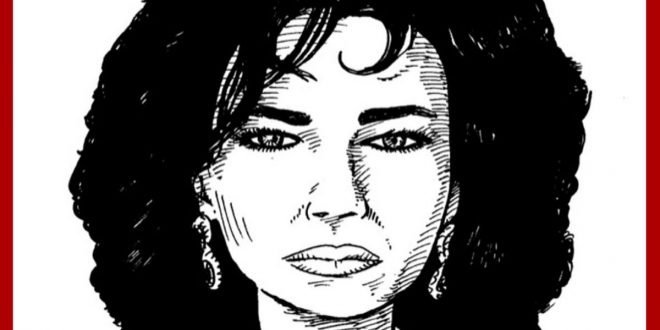 Encarnacion Amador Santiago, better known as La Susi, daughter of renowned guitarist Jose Maria Amador, and sister to guitarist Joaquin Amador, died in Sevilla, Spain, on October 24, 2020. An award-winning singer/dancer originally part of what is now known as the Golden Age of Flamenco. La Rosa Cautiva is the last song La Susi ever recorded and the first single from an upcoming film documentary soundtrack album titled “Flamenco: Passion in Danger.” The track features the work of legends Pedro Cortes on guitar, and musical arranger Diego Amador on piano and various other instruments.

At the young age of 14, La Susi made her artistic debut at Los Canasteros, Manolo Caracol’s tablao in Madrid. She was much beloved by Camaron de la Isla and toured for 30 years with him. La Susi worked with many Golden Age of Flamenco performers including La Fernanda, La Bernarda and La Paquera. It was Paco de Lucia who encouraged her to record her first disc, “La Primavera” which was produced by her father, Antonio Sanchez Pecino, who also produced Camaron.

La Susi had a very rich and productive artistic life. Her final recordings were for Wake Up! Music as part of a documentary and accompanying album both titled, “Flamenco: Passion in Danger (Flamenco: Pasion En Peligro). Sadly, she died shortly and unexpectedly after completing that project and did not get to see its fruition. The Flamenco world and anyone who knew her went into mourning. La Susi left the world and Flamenco with countless treasures and will never be replaced as a true Master of the art.

Stephen Vicino is the founder of MusicExistence.com. He created this site to give talented musicians a voice and a way to be discovered.
@@svicino
Previous Rapper Dukane Set To Conquer LA Music World
Next Experience “Ecstasy” on New Jam by Jesse Eplan (feat. Da Last Phoenix & Kfedey)