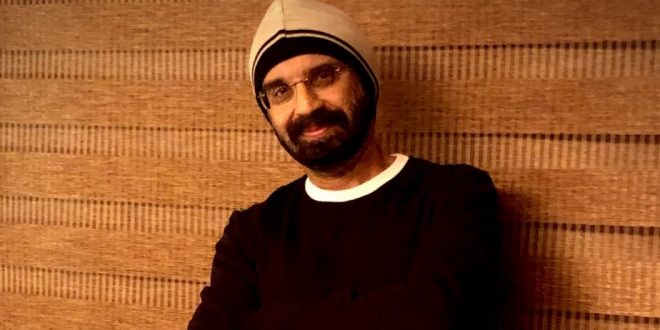 “I realize the only way is to lose myself to find myself / The world’s changing everyday – then you see it with a pair of brand-new eyes” croons the alluring Vineet from behind a thin veil of synthesizers in the new single “Dreamin’ out Loud.” His words are optimistic while his voice hints at a retrospective element that linguistics could never summarize as well as this harmony does. The verses are poetic and the percussion suffocating, but in “Dreamin’ out Loud,” you should expect strong medicine from this incredibly talented beat doctor no matter what juncture of the song you’re at.

Vineet’s vocal is what shapes these lyrics more than anything else possibly could have, and though the bassline in the background is definitely something that many artists would have used to structure the unfolding verse, he takes a different approach here. The bass is actually leaning against the drum part, as if to push us away from the groove and into the decadence of the singing intentionally. This can induce some claustrophobia simply because of how tight the walls seem to become around us in the hook, but with our leading man at the helm of the ship, we never venture to far into the dark waters of ambient pop.

These beats are bold but not what I would deem overwhelming to the casual pop fan in the least. Truthfully, I actually think that Vineet could have put a little extra kick into the percussion in the second act of “Dreamin’ out Loud,” but at the same time I can also understand where he might view this sort of a concept as played-out, specifically among western DJs and alternative electropop songwriters. He isn’t scared to break out of their shadow and experiment with retro influences as much as he is anything in the modern lexicon, and these days that’s really something to admire.

I don’t usually go for as scooped an EQ on the lead vocal as Vineet decided to use in “Dreamin’ out Loud,” but taking into account the focus he’s trying to maintain on physicality and creating a tangible verse beyond its own poetic value, I can appreciate the sentiment behind his choice. He’s anything but incapable of sticking with a theme, and given how erratic this song’s climax could have been without his careful balancing of the mix, there’s no need to debate whether or not he put a lot of love into the finished product.

Vineet is a deep underground player who is rolling like a genuine boss in his most recent single, and whether “Dreamin’ out Loud” is setting forth the blueprint or just advancing the same narrative he was establishing with the slew of material he released last year, I see some good things coming his way in the future. It’s an uphill battle getting anyone to notice the legit talent the underground has to share in 2021, but with the attention this guy has on his work right now, I don’t imagine he’ll be wasting the newfound momentum. 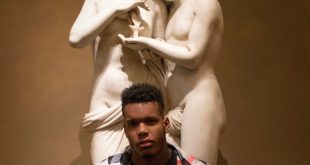