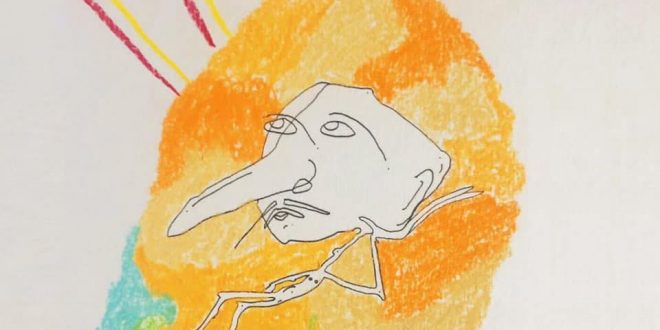 There’s a somewhat dry reverb that we find joined to the scattered melodies dotting the intro in Crast’s “Swimming” single and music video this October, but while this element influences the psychedelic vibe of the song’s first act, it won’t be the most surreal intricacy we hear in the next four and a half minutes of play. Though a work of punk rock idealism at its most millennial and melodically nonconformist, “Swimming” is a pop document from much more than a cosmetic standpoint, and perhaps more importantly than this, it’s an interesting look from an experimental outfit you need to be listening to at the moment.

Crast’s debut EP, titled Soundgoods, is a very eclectic record, and in some ways I would have to say that its opening track and signature single is a solid encapsulation of what its entire tracklist’s identity amounts to. There’s a zaniness that is full of humility but unprepared to do anything other than take itself seriously in the lyrics here, but as far as the instrumentation  is concerned, there are more than a couple of instances in which “Swimming” feels more like a jam than a studio recording (in all the right ways, mind you). Amateurish it isn’t, but sparked to life by raw chemistry it most definitely is.

“Swimming” isn’t the only exciting indie rock song included on this band’s rookie release, which was dropped last year but is finding a second life on the strength of this single and its video this autumn season, but if you want a good idea as to what Crast are all about, it’s the track I’d recommend starting with before any other. They’ve got their own sound without dispute, and now, I’m very intrigued by the many different ways they could shape it into even more of a beast than it’s already been presented to us here.