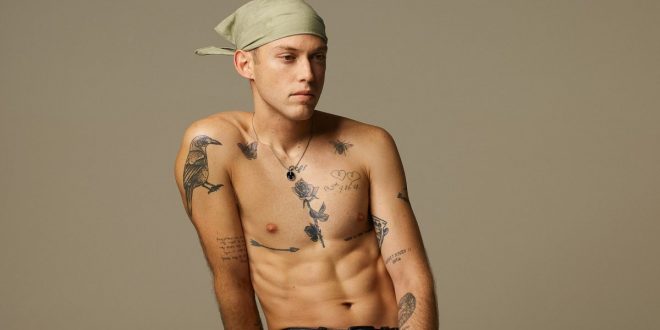 Today, Harry Hudson is back with “Overwhelmed,” the second single off his upcoming album, Hey, I’m Here for You, slated for November 20th. The single is supplemented with an accompanying music video, and follows the success of “Closing Doors,” a collaboration with Norwegian popstar Astrid S, which has accumulated over half a million streams since its late September release.

On “Overwhelmed,” a somber, plucked guitar arrangement comprises its main melody, while sparse, light percussion contributes subtle depth throughout. Hudson’s tonality exhibits strength of similar intensity, taking the implementation of the thematic standpoint into account as well.
According to Hudson, the song centers on the challenge involved in addressing flaws – particularly, constant self-doubt and habitual cutting off of relationships – and in the process, striving to let go of the ego entirely.

Ultimately, inspiration would especially strike Hudson enough to promptly compose, as well as include the song on Hey, I’m Here for You, even while previously considering the album complete.

“I finished working on the album in Kentucky and about two hours before my flight left, there was an idea I want to get out and this song shot out of me,“ Hudson states, adding, “We wrote and recorded it in like 30 minutes. It’s one of my favorite songs on the album,”

I come from a family who is passionate about all things music. I learned to sing at an early age, and by 13, had my very own Fender Strat guitar. I tried my hardest at learning all that I could. Because I was born with cerebral palsy, I had to teach myself an adaptive playing style. I learned to write and record my own music, despite these difficulties. In college, I started making great use of my writing abilities by reviewing music, as well as copy editing. I guess it's best to stick with what you know, while welcoming a fair challenge at the same time.
Previous Trileon ThaGod – Gold Mack (Official Music Video)
Next Interview: Manic Kat Records owner Peter James discusses label origins, staying creative during Covid-19