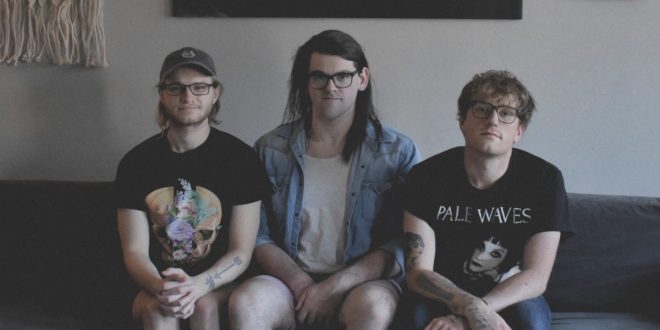 The heavy-indie trio Careful Gaze from Minneapolis has shared their latest single “When I Leave,” presented with an intimately-shot video. The track is a conceptual song that coincides with the release of a short novel under the same title. Sonically, the track begins with somber, indie-pop sensibility before swelling into a post-hardcore assault.

“‘When I Leave’ tells the story of Arbor, a young adult living in a dark and corrupt small town where people live to blend in and forget,” says vocalist/bassist Gabe Reasoner. “In the midst of preparing to leave this town, Arbor uncovers a crime ring with disturbing roots that has been silently controlling their town. Arbor finally faces the chance to make a difference in their life and the lives of others, but has to make a choice that may end with being buried – before they ever get the chance to leave. This is a story about love, loss, bravery, depression, and how they affect the people around you.“

Careful Gaze formed in 2013 and has released two full-length albums, I Understand (2016) and You Too Will Rest (2019.) They strive to talk about topics that are vital for the continuation of humanity – love, equality, and mental health. The first half of 2020 saw the release of three standalone singles from the band, “Goals,” “Thrones,” and “Sunrooms.”

Listen to the single “When I Leave” now on Spotify.

Read the short novel When I Leave now on Amazon.

Tags Careful Gaze When I Leave