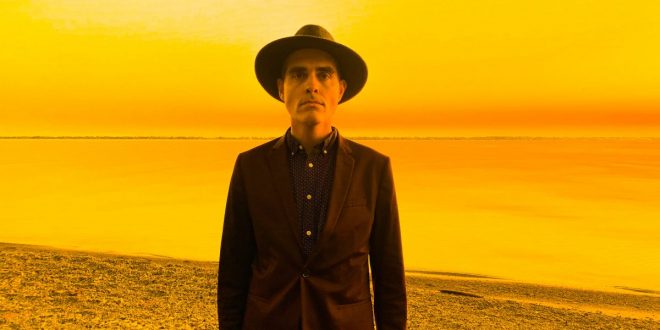 Milwaukee’s Christopher Dallman has teamed up with Director Joshua Pohja for a audio/visual vibe-fest with their new video for Dallman’s latest single So High. Shot on an iPhone over the course of two days in Milwaukee, So High marks the third video collaboration between Dallman and Pohja, following successful offerings for previous singles Time of My Life and No Sense in Regret.

Drenched in the oranges, yellows, and pinks of an August sunrise, the video showcases a different side of Dallman than we have previously seen. There’s a freedom to his performance here, an openness. He moves to the steady beat without self-consciousness. The smiles are genuine, the eyes sincere, and the vibe is at peace. This is a far cry from the dark visuals and moody, sad folk of Dallman’s previous notable videos for Ghosts (Dir. Kevin Thompson) and Toxic (Dir. Christie Strong)

So High, Dallman’s fourth single release from the upcoming album Digital Blue, boasts a soundscape that mixes equal parts Sade and Shuggie Otis with a tiny dash of George Michael to create a sexy summer jam about learning to follow your bliss.

Stream SO HIGH – https://songwhip.com/christopher-dallman/so-high
Watch the video for SO HIGH

Stephen Vicino is the founder of MusicExistence.com. He created this site to give talented musicians a voice and a way to be discovered.
@@svicino
Previous Hot new artist outta Atlanta with a different sound here To Shake the game up with a new wave
Next Tulsa Songwriter Travis Linville To Release New EP Sounds Of The Street with Nashville Session Aces/Samantha Crain Cowrites Song and video for ”Brokenhearted #1” Out NOW