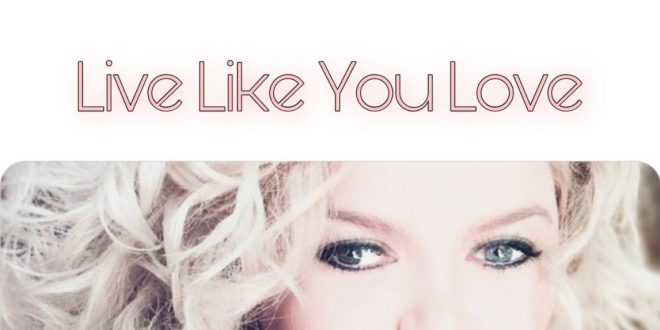 The Pittsburgh-based country singer releases her new single, “Live Like You Love” on Friday, August 7th, 2020.

With more than 200K Spotify streams of her first two singles, “Medicine” and “Bulletproof,” a #1 AM/FM single on the national New Music Weekly country charts, and a #1 selling iTunes single in South Africa, Pittsburgh-based singer Ashley Puckett is poised to make her next move.

“Live Like You Love” is the adventurous Ashley’s new single, and it’s the 3rd taken from her debut album, Never Say Never. The album, recorded at Tonic Studios in Pittsburgh, and produced by music veteran Bryan Cole (Matt Westin, Savannah), has received much critical praise since its February 2020 release.

ABOUT ASHLEY PUCKETT:Ashley Puckett was born and raised in North Huntingdon, just east of Pittsburgh, Pennsylvania. Ashley realized her passion for music at a young age, performing at vocal competitions and community events, and eventually, landing at open-mic nights and shows in bars and clubs, doing anything to keep the music and her passion alive. Her musical influences have been empowering..shaping the artist she has become: Ladies like Lee Ann Womack, Carrie Underwood, Miranda Lambert, Jo Dee Messina, Carole King and LeAnn Rimes. At age sixteen Ashley picked up the guitar, began writing songs, and the adventurous country girl hit the road. Ashley appeared in the “Women In Music” issue of Billboard Magazine in December 2019. For more information, please visit http://www.ashleypuckett.com.

Agatha Chelsea is a pop singer/songwriter based in Bandung, Indonesia. Rising to early stardom on …