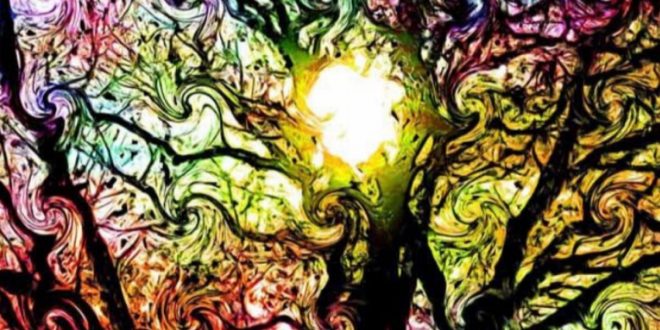 “The song is about the seemingly endless possibilities we experience in our youth, this feeling that anything is possible” — Ramsey Elkholy

What if an intrepid backpacker with an adventure-seeking gypsy spirit bounced back from nearly a decade of globe-trotting, which including forays into the jungles of Sumatra and a year bouncing around India, decided to return home to the concrete jungle of NY with the aim of creating new music? Well, let me introduce you to Monotronic.

Led by anthropologist and musician/producer Ramsey Elkholy, the New York-based collective pillage dancefloor-ready grooves with impressive instrumentation, verging on virtuosity, while staying rooted in eloquent songcraft. “I traveled pretty consistently for most of my 20’s, lived in other countries, and have always tried to stay open to new experiences” Elkholy says. “Later as an anthropologist, my research interests led me to the jungles of Indonesia, where I lived for two years, mostly taking notes and observing the people I was living among, basically trying to be a fly on the wall. That’s something that will always stay with me, that curiosity of the world and other people.”

These experiences filter through the genre-crossing songs of Monotronic. Settling back in New York, Elkholy made the crucial decision not to pursue academia, but instead to focus on music, which led a trek of shows throughout New York and the release of the band’s self-titled debut album in 2019.

After the cycle behind the first album, Elkholy decided to shift gears, focusing less on playing gigs and more on recording and songwriting, which led to a series of upcoming songs and videos to be released starting on July 17 with the danceable grooves, glaring riffs and chantable refrain of “Kids of Summer.” When asked about the song Elkholy explains, “It’s got an upbeat vibe that feels right for summer, but also speaks to the times, in terms of all the youth energy we are seeing out in the streets, which I think is leading to real change.”

Stephen Vicino is the founder of MusicExistence.com. He created this site to give talented musicians a voice and a way to be discovered.
@@svicino
Previous Kifflux Came Back With New Official Song And MV Called ‘Fuck Yall’
Next Interview: Steve ‘Skinny’ Felton from Mushroomhead discusses new album, A Wonderful Life