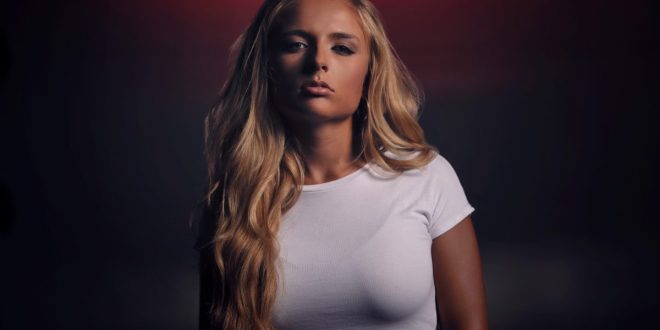 At 20 years old Mackenzie Nicole has been making music for more than half of her life. As she added her vocals and collaborated with Strange Music’s stable of artists throughout her teen years.

“Mackenzie rose from her blight stronger than ever before leaving behind a concept album for all of us who suffer… Mystic is more than a record, it’s a friend, a “You are going to be ok”, and the warm hug we all need when we go to the depths of our mind where drowning seems like the only option”
– Ladygunn Magazine

At 18 years old she signed a deal with Strange Main, the pop music division of Strange Music and released her debut album The Edge. As the album tallied over 1 million streams on Spotify and her videos garnered over 8 million views YouTube, she played to sold-out crowds and smiled for the cameras, but on the inside things were much different. Although everything seemed OK on the surface, she admits, “That was the worst six months of my life.” On a deeper level, she suffered a mental breakdown.

“This indie-pop release is dark and moody but also filled with the power of hope. Backed by some synth, moody beats and nice riffs her sultry vocals shine”
– I’m Music Magazine

Fast forward to early 2020 as she continued working on her mental health recovery, she released her sophomore album, Mystic. She explains, “This album is autobiographical and documents a crucial period of my life. When the time came to begin creating the album, I knew I needed to chronicle my odyssey of mental health and wellness. Thus, Mystic was born.”

Mystic is a concept album exploring the stages of mental health. “The first chapter is the dark chapter. It’s “The Rabbit Hole”. The second is a transitional chapter “Purgatory”. The final chapter is “Oxygen”. It’s about how recovery is a process. In therapy, I learned how to break my bad habits and ultimately save myself. That’s the tale of Mystic and what the album means to me” explained Mackenzie.

While most dark-pop artists lyrically keep it dark throughout, Mystic is about the journey to find the light. As Mackenzie tells her story in a beautifully scripted and vocally stunning novel, accompanied by a video series, the Mystic-short film that can be viewed on YouTube.

Mystic not only shines a light on an emerging young talent, it shows the bravery of a young women willing to be totally transparent and bringing authenticity into pop music.

Stephen Vicino is the founder of MusicExistence.com. He created this site to give talented musicians a voice and a way to be discovered.
@@svicino
Previous ClaT – March ’20 Ep
Next Luis Angel GDD “Luia GDD”