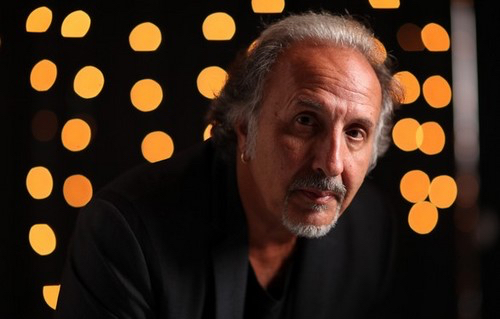 Riding a groundswell of attention from the 40th anniversary deluxe reissue of Have a Good Time (But Get Out Alive), the sophomore album originally hailed by Rolling Stone as “a new American classic” from gritty Pittsburgh legends the Iron City Houserockers, beloved blue collar rocker JOE GRUSHECKY will join a star-studded lineup for “Rock for Relief,” the star-studded benefit concert supporting Feeding America’s COVID-19 Response Fund onFriday, July 3 at 8pm ET and again at 11pm ET broadcasted at www.rockforrelief.net.

Grushecky and his longtime band the Houserockers will be performing “Everything’s Going to Work Out Right,” from their 2012 double live album, We’re Not Dead Yet: Live at the Hazlett Theater. It’s one of many original Grushecky compositions he has performed live over the years with his longtime friend and collaborator, Bruce Springsteen.

Grushecky’s well-known relationship with Springsteen was actually forged during the Manhattan recording sessions for Have a Good Time (But Get Out Alive).Longtime Springsteen sidekick Steven Van Zandt, one of the original producers, was simultaneously recording The River with The Boss at the Power Station nearby, and invited Grushecky to one of the sessions to make an introduction to a relationship that has endured for 40 years.

Van Zandt was one-third of a holy trinity of rock and roll royalty united to help oversee the original recording of Have a Good Time (But Get Out Alive), along with Mick Ronson (David Bowie) and Ian Hunter (Mott The Hoople). Together, they combined with co-producers the Slimmer Twins (Steve Popovich Sr. & Marty Mooney) and the Iron City Houserockers to create one of rock’s great lost classics. Their cohesive efforts − as producers, arrangers and players – are finally being rediscovered as an entirely new listening experience on digital, CD and vinyl through fabled indie label, Cleveland International Records. The remastered two-CD set includes a bonus disc with 16 previously unreleased tracks of demos and other rarities. The new vinyl edition contains a download card of those same 16 tracks to go with a vinyl replica of the original album. The digital package is on sale NOW and streaming here. Order the vinyl and physical CD here. Order the exclusive Iron City HouserockersBundle Pack at www.clevelandinternational.com.

NewYork Based Photographer. Music Enthusiast with a background in Graphic Design. Whether I'm shooting a live event or just out wondering the streets its about capturing the moment.
Previous Anthrax Looks Back on ‘Persistence of Time’ LP and Touring
Next JINJER to Stream Melbourne Show this Thursday via Knotfest.com