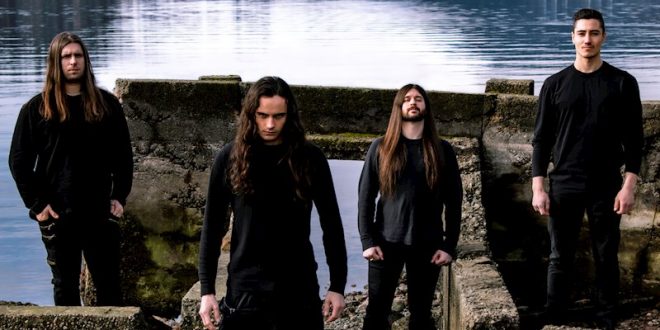 As this most unusual spring begins, Vancouver metallers Atavistia are revealing the tracks to their long-awaited sophomore album The Winter Way which has been independently released today, May 29th, this is a must listen for fans of Wintersun, Ensiferum, Dimmu Borgir, and symphonic metal newcomers Dialith.

Opening instrumental sequence “From the Ancient Stones” rolls straight into “The Atavistic Forest,” where frontman Mattias Sippola greets listeners with his characteristic snarl.  Says the band, “We are very happy with the turnout of The Winter Way. The album is quite dynamic ranging from pounding blast beats to emotional clean vocal driven sections. Our blood, sweat, and tears have poured into The Winter Way and we cannot wait to share it with the world.”

Indeed, the band’s effort and precision on this album suggest many successful seasons ahead for Atavistia.

Atavistia is an epic metal band from Vancouver, Canada. They explore various forms of metal within their music resulting in a symphonic mix of nature, atmosphere, and technically precise musicianship. The diversity of Atavistia, much like a forest in the full bloom of spring is something to behold.

Influenced by the epic landscapes and nature of British Columbia, the coldness of winter and the flourishing of summer can be felt in each song. Visions of lands long forgotten in time are key elements behind the music of Atavistia.

Now making the transition from a one-man project to a full band with more and more live appearances under their belts, Atavistia is poised to take 2020 by storm. Crank up the volume and feel the sun melting the ice and snow!

NewYork Based Photographer. Music Enthusiast with a background in Graphic Design. Whether I'm shooting a live event or just out wondering the streets its about capturing the moment.
Previous Lamb Of God Reveals Blistering Fourth Single, “Routes,” from Upcoming Album
Next 1126 Records Signs Shrine of Malice, Listen to New Song “Chainbreaker”