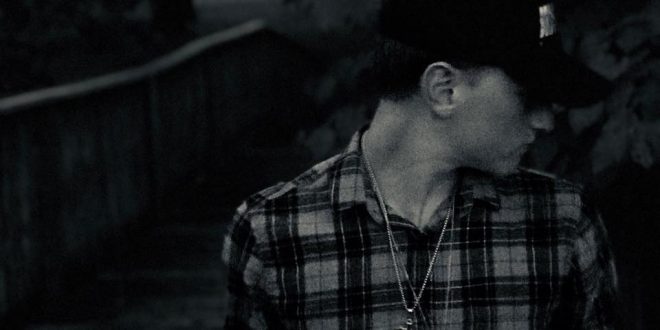 Oklahoma’s Kemper Grant is leaving his imprint on 2020 in a large way, having crafted a combinative musical identity of driving rock, smooth electronica, and upbeat, 70s-inspired beats. After several successful single runs, His debut album, Jungle, does its job, both at showcasing these elements and solidifying his ambitions for a fruitful career.

The album opens on “All Day All Night,” a track defined by a sensual synth tone, as well as its additional vocal input by its featured guest, Young Polo. The percussion does its part in maintaining the constant feel-good nature of the track, as well as it punctuates the feeling of a lasting, patient emotional connection. Grant’s blend is further implemented on the track to follow, Blind, with its leading psychedelic-tinged guitar melody setting initial ground for its hook factor. I felt that its other defining element was based on featured vocalist Emily Auer, her distinctively soulful tonality comprising the female perspective in the narrative of a relationship having gone awry. “Electra,” the album’s third track, serves as a carrier single as well as a highlight for the album. The dreamy, airy synth is a defining trait as the song progresses, while an up-tempo groove is maintained in the same way. Complementary to the album’s pacing is the fourth track, “Hold My Breath,” which revisits a primarily guitar-driven foundation. Aside from keeping a constant curious, yet content vocal vibe, a subtle factor in its presentation that I can especially appreciate stems from Grant providing the track decent breathing room, so as to direct focus on the smaller, but impactful cogs of the instrumentation.

On the latter part of the album, the adventurous future funk spectacle reinforces its groove aspect, showcasing mostly car and street scenario-based titles. “Uber Ride to Cry” is a great reintroduction to this type of feel, emphasized by rolling drum stick accompaniment and slamming, almost percussive synth hits. Interestingly, the song carries a presentation as if a disco remix to a more midtempo, otherwise hip-hop based arrangement. Its successor, “Round-a-Bout,” seems to accentuate the current neo-retro scene’s slower, funkier counterpart, with imagery of driving intact. The penultimate track, “Place to Park” (featuring Gray Amen), has an interesting lyrical approach, as it seems to center around the part of a relationship where too much strain interferes with an otherwise solid dynamic, and its chemistry, therefore, slows down. In a similar way, the album’s closing track, “The Image,” expresses that notion of trust in further detail, emphasizing a need to explore one’s depth of character, rather than judge them based on their image alone.

Overall, Kemper Grant’s Jungle is a decent full-length showcase of styles – from guitar-laden rhythms to hip hop beats, to electronic textures (and everything in between), which is much-needed in the world of modern pop music. Its primary theme of the twists and turns involved in a romantic adventure works beneficially, especially given the nuances that compose each track. Grant is definitely headed in the right direction, both stylistically and thematically, and I look forward to more as his output further takes shape.

I come from a family who is passionate about all things music. I learned to sing at an early age, and by 13, had my very own Fender Strat guitar. I tried my hardest at learning all that I could. Because I was born with cerebral palsy, I had to teach myself an adaptive playing style. I learned to write and record my own music, despite these difficulties. In college, I started making great use of my writing abilities by reviewing music, as well as copy editing. I guess it's best to stick with what you know, while welcoming a fair challenge at the same time.
Previous VIOLENT IDOLS Team with GEMINI SYNDROME’S AARON NORDSTROM to Declare “FUCK YOU”!
Next Single Review: Electric Polar Bears – “Break the Ice”