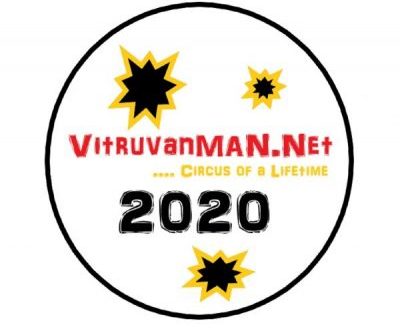 Marcus Giavanni is a New York-based artist who holds a diverse profile as a songwriter, record producer, and spiritual medium. Working alongside executive producer Brandon Johnson under the name Vitruvian MAN, he strives to utilize those three skills as part of his musical pursuit. His collaboration with Johnson is a piece of a larger, recent project titled Circus of a Lifetime, featuring Johnson assuming the artist name MC Squig, as well as some up-and-coming talent in rapper Get Tha Loot and singer Gilad Perry.

“Gonna Go To The Super Bowl” is the project’s representative single which, although initially released as a pre-release single at the end of 2019, has ridden a second wind in 2020 given the recent Superbowl LIV. Its laid-back, yet somehow heavy-hitting piano-based instrumentation sets the hook for the song and instantly gets heads bopping. However, that element contrasts with the song’s otherwise somber thematic direction – a man pursues the idea of going with his wife to the Superbowl, only to find upon arrival that the stadium is closed. The execution of that sentiment is done well, as the man’s disappointment is conveyed rather subtly and gradually during the song’s progression, all while the excitement is thoroughly maintained. Being the main single, as well as penultimate track of the album, its placement works effectively as one of the best utilized, both thematically and sonically.

I come from a family who is passionate about all things music. I learned to sing at an early age, and by 13, had my very own Fender Strat guitar. I tried my hardest at learning all that I could. Because I was born with cerebral palsy, I had to teach myself an adaptive playing style. I learned to write and record my own music, despite these difficulties. In college, I started making great use of my writing abilities by reviewing music, as well as copy editing. I guess it's best to stick with what you know, while welcoming a fair challenge at the same time.
Previous Beartooth Release Mamba On Three Charity T-Shirt
Next Goo Goo Dolls announce 2020 North American tour with Lifehouse