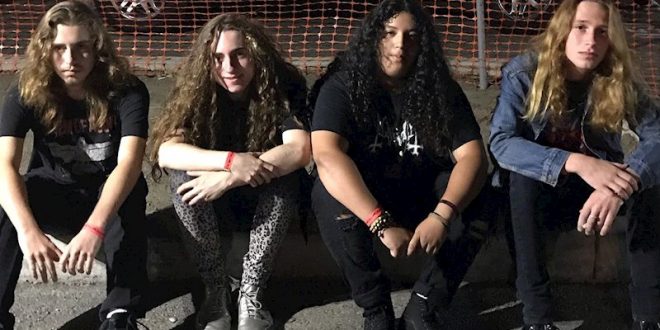 A tribute to the old school sounds of the late eighties, with a young and refreshing voice, Los Angeles, CA. teenage thrashers Diabology have unleashed their debut album ‘Nobody Believes Me’. The album was released on January 1st on digital formats and consists of 12 tracks that marry the hooks and epic feel of classic metal with a modern sense of brutality to create their own brand of blackened thrash.

Listen to the album’s single “Seas of Eternity” here: https://diabology.bandcamp.com/track/seas-of-eternity-2

NewYork Based Photographer. Music Enthusiast with a background in Graphic Design. Whether I'm shooting a live event or just out wondering the streets its about capturing the moment.
Previous Ice Nine Kills Raise $54,000 (AUD) In Aid Of Australian Fire Relief Efforts
Next Creeping Death Confirm North American Tour With The Acacia Strain + Week-Long Headlining Run To Commence This Week