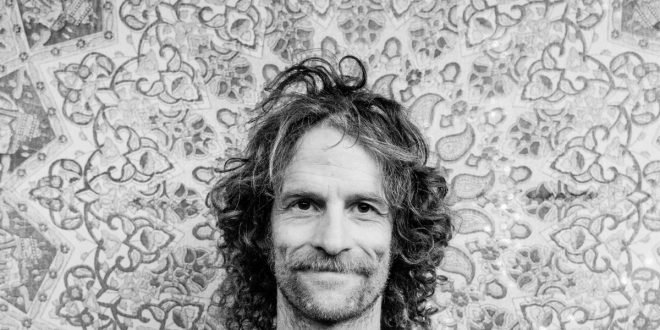 Interview: Chadwick Stokes on his new band, Dispatch, and social justice in 2019

Chadwick Stokes has had a long and storied career as a singer/songwriter with his various projects like Dispatch and State Radio. His lyrics have consistently been rooted in social justice reform, and have called on his fans to take action against the wrong doings in their communities. His latest project Chadwick Stokes & The Pintos  is no different, and sees a fresh take on politically progressive lyrics in 2019. Music Existence spoke to Chadwick Stokes about his new band, new Dispatch music and social justice in 2019.

ME: How did you decide to band together with The Pintos, and how does this collaboration differ from past projects?

I met JR (drums) washing dishes. I met Willy (brother, banjo) when my mother brought him home from the hospital. I met Tommy (bass) painting walls. My past two solo records have been songs built up in the studio, this record was easy to make because the Pintos and I have been playing these songs for a few years now.

ME: After already having a long and successful career, how do you still find ways to evolve creatively when making new music?

Being a dad has been a big development in my life and parenting keeps me so busy. It’s helpful in a sense, because when I do have time, I’m very focused on working on songs. Plus, I’m inspired by my bandmates.

ME: Were there any new ways you found inspiration for your writing this time around, compared to previous albums?

I wrote most of this record while the kids were napping.

ME: Have any new bands or artists been catching your eye recently?

ME: Your organization Calling All Crows, focuses on issues women are facing globally and also on issues female fans have faced at concerts and music festivals. What is a key takeaway you want fans to know when attending a concert, to ensure everyone is having a fun and safe time?

ME: In reference to one of the record’s first singles “Joan of Arc”, how do you think the patron saint of France would feel about the issue’s women are facing in the 21st Century?

I think she would feel disappointed that there are still so many issues hundreds of years after her execution.

ME: Do you feel like other artists with a platform should being doing more to bring attention to various social justice issues?

I think there are a lot of bands doing a lot of great, conscious work out there. But I would always like to see more.

ME: With the tour starting soon, are you excited to get out and play new songs in front of an audience?

It’s good to finally have these songs recorded and out in the world. We’ve been really surprised at how many people know the songs already.

ME: Is there any track in particular you’re excited to play live?

“Blanket On The Moon”

ME: After this leg of the tour wraps up, what are your plans for the rest of 2020?

After this tour wraps up, we’ve got a new Dispatch album coming out in 2020 and a Dispatch tour