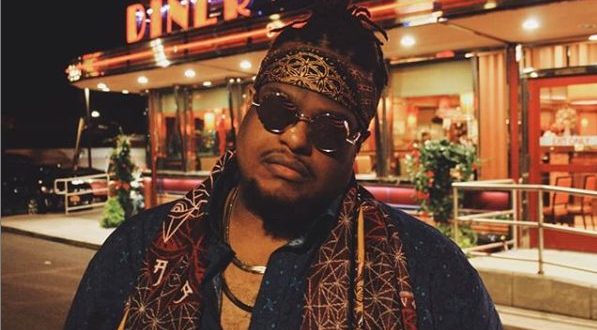 St. Geo is an up-and-coming American rapper, singer, and songwriter. Having initially appeared back in March with the single “Electric Revival” under the name K.E. Saint-Geo, he has since expanded his musical scope – a combination of old school beats and current lyrical insight. His latest release is a mini-album titled Steam, which has (fittingly) ‘picked up steam’ since its early September debut.

The album opens on the title track, which lays a rhythmic foundation based on 90s-inspired piano and percussion. St. Geo’s vocal tonality complements the bleak undertones of the instrumental involvement, through both rapping and singing, highlights the disenchanted, yet also perturbed outlook of those trudging amidst their stifled life paths. In addition, “Electric Revival” has sensible placement as the album’s second track. Its thematic slant, centering on plethoric hard drug excess, is sensibly accentuated by two different distorted guitar sequences as well as a more forthright delivery. Once the chorus hits, I appreciate the balanced implementation of harmonies in both the main and backing vocals. I was further surprised by the third track, “Dangerous People,” particularly its sampling the bassline of “Seven Nation Army” by the White Stripes. Rather than feel tacked on to simply pace the track, it seems to represent some type of inadvertent thematic link, about pressure and uncertainty associated with being around bad influences. The fourth track, “Look of Lords,” expands the album’s direction by maintaining the same key and similar thematic stance, while still keeping the involvement fresh and interesting. There’s a decent clean tone emitted from the guitars and synths, effectively offsetting the otherwise intense and commanding lyrical flow.

Further on, “Strobe Light” largely shifts the focus away from St. Geo himself and over to someone whom he holds dear. In noticing the numerous emotional hurdles that the girl has gone through, he aims to protect her as a means of regaining her hold on life so that she can dance, free from fear. The arrangement envelops this theme well, with expansive, solidly woven synth textures allowing the vocals a sense of breathing room. I felt that “Queen Save the God” fit nicely at this point of the album, both in its penultimate placement and in its context, for what’s implied is a kick in the conscience and subsequent grasping of humility. The song’s clearer-defined buildup, coupled with the gradual implementation of heavy guitars, makes me further appreciate St. Geo’s temerity to stretch beyond an exclusively hip hop identity. By the final track, “1 More Ride,” there seems to be more triumphant energy, given its anthemic beat transitions and confident inflections. A bit of everything is integrated instrumentally for this closure, with additional, special attention to how the synths and guitars are expressed.

Overall, St. Geo’s Steam is a solid introductory showcase of electronic and rock-influenced hip hop. Each song flows cohesively with another, full of heavy-hitting hooks and clever thematic competence, without feeling the need to pack in more than necessary. At this point, St. Geo has demonstrated his insight and creativity through sufficiently extended means, and I’m definitely looking forward to more.

I come from a family who is passionate about all things music. I learned to sing at an early age, and by 13, had my very own Fender Strat guitar. I tried my hardest at learning all that I could. Because I was born with cerebral palsy, I had to teach myself an adaptive playing style. I learned to write and record my own music, despite these difficulties. In college, I started making great use of my writing abilities by reviewing music, as well as copy editing. I guess it's best to stick with what you know, while welcoming a fair challenge at the same time.
Previous Oh Wonder share official music video for “I Wish I Never Met You”
Next Jeff Coffey’s album Origins