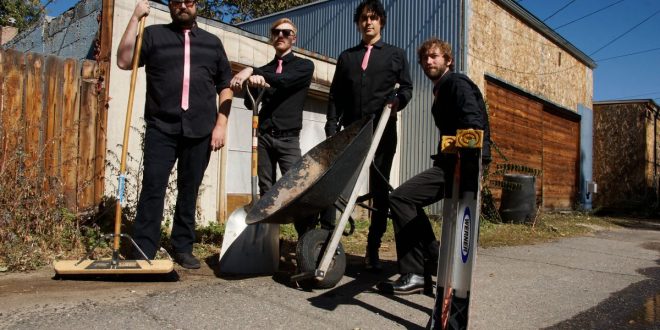 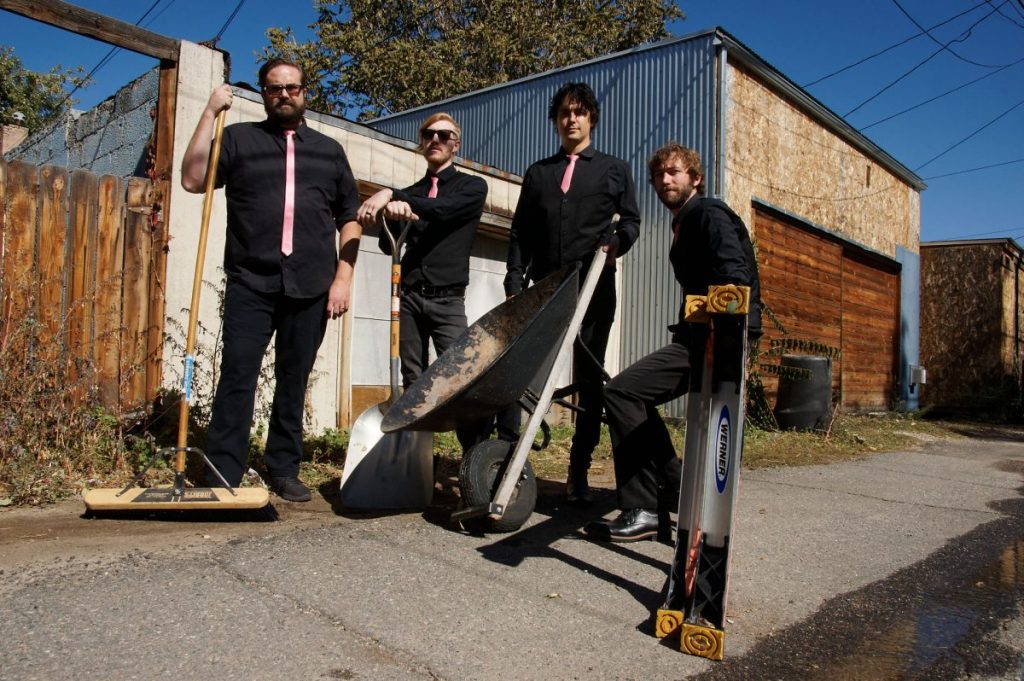 Denver’s And The Black Feathers bring back the soulful garage sounds of bands like Mitch Ryder and the Detroit Wheels on their EP – Sociallusions. And it’s all about what you’d expect from a title involving social solutions, which positively helps as much as music can to cope with the overkill of consumerism and static norms that hurt relationships. This very col four piece put some of these things into perspective and clearly have fun getting the message across, even if you don’t get it because the amount of soul they deliver is the backbone. It’s the heart of their style that matters and they’re replanting the right roots.

Imagine going out to see bands that do what MC5 and others did in the upper Midwest back in the 60s when it was happening in a way that today can only dream of. That’s what this rocky mountain outfit bring to the table, but they also bring a fresh modern twist to keep it relevant. You might even find some folk inclinations but they’re no less pop and rock either, just unpolished in a good way. “Danger” kicks things off by showing they’re not pulling any punches, but they do get into some other territory after that.

The less gritty sound of “Scandalous” concentrates more on the singing of Danny Ke who also provides catchy guitar hooks. The song bubbles along very well and probably allows drummer Chris Bruch to stretch out the most, but it’s less hard driving than the former. This one almost gets away as the sleeper of the four if you like more of the rock side of what they do. But the lyrics still follow the same thread of angst and rebellion of current everyday annoyances which the title suggests as part of the record’s concept.

The next track, “Feature” is where everything comes together, and the explanation of our culture is made in a nutshell here. Everyone thinks they’re in a movie if they’re not careful, then everyone else knows about it because of the social platforms we chare our lives on like there’s no tomorrow. If you want to hear a song about it, this would turn any heads in the right direction on the subject. But it’s no different than music in the sense that if you repeat something enough times and people like it, that something will stay in their heads and it can snowball throughout society.

Letting go of that “Leash” is explored as the EP comes to an end all too soon, is the message as they make the best effort to keep you wanting more. This track is brooding, moody and more in the vein of classic rock and the influences from Chicago and Detroit the band were founded on. It was this song which got the most plays before reviewing it so it rates up there with the opening track and the first single and that is how this great release stacks up for me in the short but powerful time it runs.

Previous DAN KINCAID Releases Lyric Video for “Living in Circles”
Next Gallery: MisterWives and Foreign Air at the Majestic in Madison, WI (11.16.19)