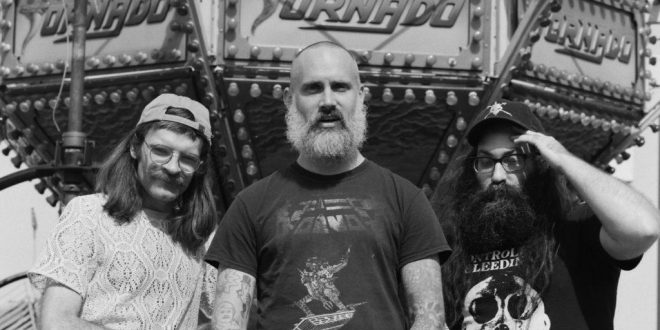 7
SHARES
FacebookTwitter
“Is this real life?”
Blow Off The Omens, the long-awaited fifth full-length from Detroit punk/metal mutants Child Bite, begins with this question aimed at those who pursue happiness in the infinite bowels of the black mirror (Spoiler Alert; it’s all fake and we’re all fucked).
Recorded by legendary engineer Steve Albini (Nirvana, Neurosis, The Jesus Lizard) and mixed by Grammy award-winning engineer Collin Dupuis (Tomahawk, Dr. John, Lana Del Rey), Blow Off The Omens serves as a leaner, meaner follow-up to Child Bite‘s Negative Noise offering which ranked among Decibel Magazine Top 40 Albums Of 2016.
From the head bob-inducing, noise rock groove of “Vexed Life” to the Jello-Biafra-with-NoMeansNo-esque freight train that is “They All Look Away,” Blow Off The Omens covers a lot of ground within its half-hour running time.
Child Bite‘s Blow Off The Omens will be released November 22nd on CD, digital, and limited-edition vinyl formats via Housecore Records. For physical preorders, visit the Housecore store HERE. For digital orders, go the Child Bite Bandcamp page HERE.
Stream first single, “Vexed Life,” at THIS LOCATION.

NewYork Based Photographer. Music Enthusiast with a background in Graphic Design. Whether I'm shooting a live event or just out wondering the streets its about capturing the moment.
Previous Necronomicon Kick Off Their U.S. Tour Dates In Support Of Suffocation and Belphegor
Next The Devil Wears Prada Premiere New Video For “Chemical” 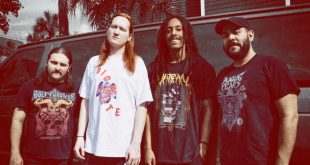 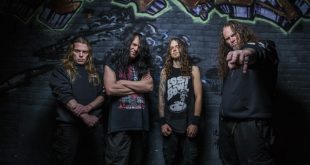 Morbid Angel Kick Off US Headlining Tour With Watain And Incantation 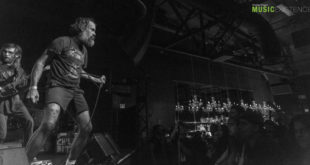