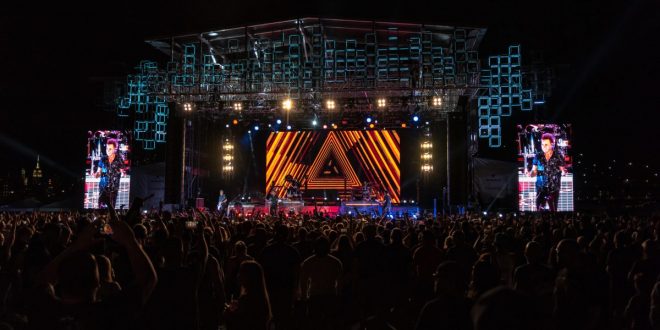 3
SHARES
FacebookTwitter
Last week Papa Roach released their “Come Around” music video, from their tenth studio album, Who Do You Trust?, shot in New York from their Who Do You Trust?U.S. tour, their largest headlining tour to date.
The video features footage from their August 11 performance in New York, NY, featuring longtime fan Mark Moreno, who has followed the band since 2000. It begins with Jacoby saying, “This music gives me a connection to something bigger than myself. This music connects me with people. This music gives me purpose.”

NewYork Based Photographer. Music Enthusiast with a background in Graphic Design. Whether I'm shooting a live event or just out wondering the streets its about capturing the moment.
Previous AFI’s All Hallow’s E.P. Set For 20th Anniversary Vinyl Reissue Release On October 25
Next Alice Cooper Releases Limited Edition 10″ Vinyl “Breadcrumbs”