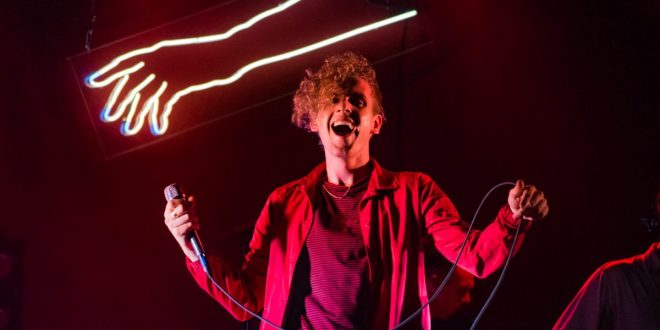 Nashville indie-pop trio COIN released their newest song “Crash My Car” this week. It’s a sparkling, singalong-ready indie pop anthem about the heartbreaking highs of infatuation. The single, along with recent releases “Simple Romance” (produced by Mark Foster and Isom Innis of Foster the People) and “Cemetery,” will appear on COIN’s forthcoming third studio album set for release later this year.

The band has also announced their fall US headline “Album 3 pt. 1” tour, which includes dates in Brooklyn, Chicago and more. Tickets for all dates are available for purchase HERE.

“We wrote ‘Crash My Car’ the day after we played a festival called Music Midtown for 15,000 people,” COIN vocalist/keyboardist Chase Lawrence shared.

“Hearing so many scream ‘Talk Too Much,’ we knew we had to write an even louder chorus. The chorus melody came in a literal dream. The story came from a fan who was in a car accident on the way to our show, but she still showed up in her near totaled, headlight hanging sedan. Thank god she was ok! In that moment, the idea hit me: we don’t need anything as long as we’re together. No car, no money, the world is burning… but if we have each other, everything is perfect. We wrote it with our friend Tommy English in Nashville. It has a nice 70s tinge to it (couldn’t quit listening to Big Star). And the chorus tempo change!”

The new release follows the success of the band’s sophomore album, How Will You Know If You Never Try. The 11-track album features COIN’s widely-popular songs “I Don’t Wanna Dance,” Alternative Radio hit “Talk Too Much,” and stripped-down ballad “Malibu 1992.”