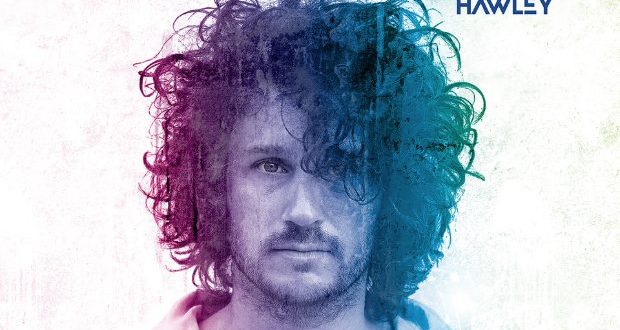 The album opens with “Machine Gun” and launches directly into a funky bass line before Hawley’s falsetto picks up with the first few lyrics in this song about self-doubt. This theme continues as the album progresses to “A Minute of Your Love,” which takes you on a journey into self-worth and acceptance but now with an upbeat, R&B sound. The bongos and other percussion make this a danceable song and the backing vocals add harmony that accentuate Hawley’s soulful voice.

Moving on to an even more upbeat song that holds darker undertones, is the song “We Could Use You ‘round Here.” The opening line of “So you want to blow your head off,” sets the tone for the rest of the song which is an upfront ode to a very intense subject and ends on a pretty positive note, believe it or not. This song features a strengthened  drum beat and backing vocals of “Go, go, go go” repeated throughout the song as if they were a percussion instrument all their own.

The album’s title track, “Sad People” is a fun bop of a song that will stick in your head for days. Hawley’s repeated lyrics and drumbeats add to the viral potential of this song. It’s essentially an anthem for sad people, which is a weird phrase to even write, but Hawley pulls it off. It’s the most upbeat, fun song on the whole album and it will surely be a hit.

If you are a big fan of 80’s pop songs, then “I Ruin Everything” is for you, complete with heavy synthesizer beats and Micheal Jackon-esque “hee, hees” thrown in for good measure. I picture the music video to this featuring Hawley center stage, in front of a wall of lights, donning a glittery sport coat dancing with a group of back up dancers who are all pulling off some classic bent knee, arms wide out, 80’s dance moves.

The album wraps up with “Time is Gold,” a lilting ballad with gritty, over produced vocals telling the story of “one night” that’s now gone and how “time is gold.” This is a last song of the night, grab your partner and hold them tight kind of song and a beautiful way to end the album.

Hawley touches on some heavy topics on this album in such a raw and vulnerable way. From thoughts of suicide, self-doubt, depression, betrayal and denial, his lyrics tell a story while the music backing them makes you want to dance. It’s an interesting juxtaposition that is well executed and ends up being very relatable.  I’m sure it will translate well to the stage where Hawley is always at his finest.

Fun Loving Music Photographer and lover of live music in general. I am most likely to be spotted with a coffee in one hand and a camera in the other, somewhere in Philadelphia, New York City and everywhere in between. For more of my music photos: http://myphotos.bellemorephotography.com/
@bellemorephoto
Previous Gallery: Barns Courtney at Upstate Concert Hall in Clifton Park, NY (04.24.19)
Next K.Flay Announces Forthcoming Album ‘Solutions” and North American Tour