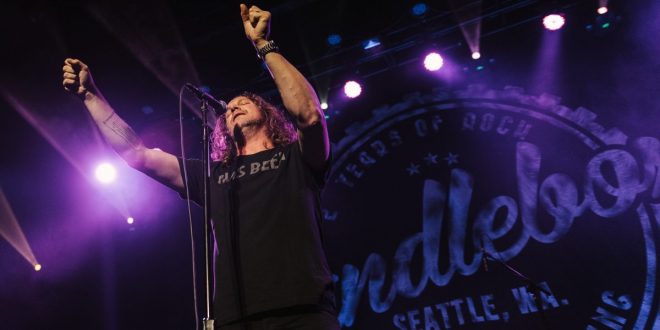 Candlebox’s debut album was released in July 1993 and went on to sell more than four million copies. It was certified four-times platinum and landed them in the #7 spot on the Billboard Charts. “Far Behind” from the release entered Billboard’s Top 20 in July of 1993 and didn’t drop off the charts until January of 1994. 25 years later, the band is on tour not to promote new material, but celebrate the album that started it all.

While I never had the chance to catch a Candlebox show in the 90’s, Friday’s show at Montclair’s The Wellmont Theater, felt like a flashback in the best way possible. Charismatic and incredibly humble, Martin’s vocals soared beautifully as though not a day had passed since the band’s debut album. While “You” and “Far Behind” were the expected highlights of the night, Martin kept the crowd engaged and enthusiastic throughout–pausing a few times to express heartfelt thanks to the fans that have stayed with them throughout the better part of two and a half decades.

If you’re a casual Candlebox fan, or even just a fan of the music of the area, go check out this tour. It’s definitely an enjoyable ride.