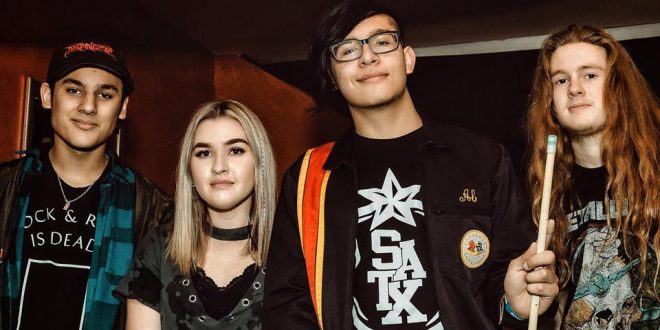 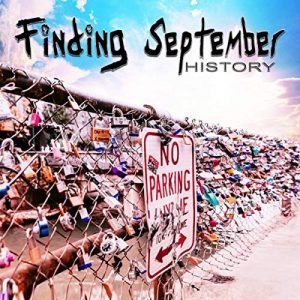 Finding September is an up-and-coming Texas quartet comprising vocalist Emily Bayardo, guitarist Josh Gomez, bassist Graham Butler, and drummer Jayden Mermella. Based out of San Antonio, all of its members are in their teens, which is second nature when compared to the caliber of musicianship they possess. Their sound features a mix of indie, pop punk, and metal, and finds equal merit in both polished and raw sonic spectrums. At this time, the band’s debut EP, History, continues to earn warm critical reception around the globe, proving a competent effort in the world of modern rock.

The EP’s eponymous opener promptly throws the listener headfirst into solid crunchy punk riffage. As the first verse begins, I appreciate the subtle prominence of the bass in bolstering the chord sequence going forward. Each phase differs in terms of instrumental dynamics, which keeps the playing field open and is refreshing for the general arrangement. I’d usually find it difficult to hone in on vocals leaning more toward the pop end, but in this case, the distinctiveness of Bayardo’s tonality fares very well in both standalone and harmonic settings. While these elements are initially compacted, they eventually spread out to reveal a subtle, yet impressively involved melodic layering. From a thematic standpoint, the song seems to center on a developed numbness from multiple false stops in a relationship, coupled with the longing for a sense of closure. “Inhibitions,” the track to follow, expands upon that sentiment with a similarly supercharged intro riff. The intensity of the percussion is complementary to that of the guitars, especially as the subtle tones of the snare emanate a kind of harmonic resonance. At the same time, there’s a notion of renewed independence that goes alongside one’s striving to move forward, after recognizing the extent of lingering emotional damage.

On the midpoint of the EP, a shift to a more lighthearted mood characterizes the band’s representative single, “Summer Club.” Given that this song was my introduction to Finding September, I didn’t know what to expect. The initial digi-drum transition threw me off at first, while the weight of the subsequent melodies seemed to starkly contrast it. However, as I listened to the song in context, I began to recognize and respect the band’s wanting to integrate humorous tidbits in order to stimulate the EP’s general pace. The thematic leanings are also on point, dealing with the sense of gratitude for having seen a dizzying struggle pay off in the biggest way. By the remaining tracks, “Darkest Greys” and the sophomore single, “Let It Burn,” there’s a shift to a darker tone, the simple longing for a more positive outlook also morphing into feeling trapped in solitude. In the same way, the first part of the latter song focuses on blunt, knife-like metal riffs, while the melodic aspect truly comes into form in its second half. It is a considerably longer piece than what’s expressed on previous tracks, which is a telling statement of their present aptitude.

Overall, History lays down a stellar showcase of talent for Finding September’s recording debut. Each song is impressively fleshed out and makes an effort to say something poignant, while finding symmetry between heaviness and melody. I look forward to seeing how the band’s musical identity will further mature once they venture into full-length territory.

I come from a family who is passionate about all things music. I learned to sing at an early age, and by 13, had my very own Fender Strat guitar. I tried my hardest at learning all that I could. Because I was born with cerebral palsy, I had to teach myself an adaptive playing style. I learned to write and record my own music, despite these difficulties. In college, I started making great use of my writing abilities by reviewing music, as well as copy editing. I guess it's best to stick with what you know, while welcoming a fair challenge at the same time.
Previous Gallery: Tyler Bryant & The Shakedown at The Forge in Joliet, IL. 4/11/19
Next Lure Music: Acoustic Ambience