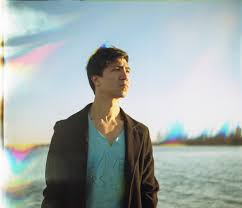 Searing electric guitar tonality is flanked with ethereal R&B and synthesized melodies in the latest single from Dan Rico, “Dre@m Vaca$ion.” Right from the jump, we’re entranced by the rich texture that is yielded from the central harmony between Rico’s vocal and the background instrumentation, which levels an evocative beat at us that we’ll soon discover to be inescapable over the next few minutes of play. The cosmopolitan grooves are met with stylish, urbane poetry, but the spotlight is never stolen by one particular element in the track over another. This is one of the most engaging pop singles that I’ve heard this month, and it’s coming from a talent that deserves all of the buzz that he’s been garnering as of late.

The master mix here is really middle-heavy, making the song sound more like a transmission from outer space than merely a studio single. No matter where we look, the pulsating percussion is attacking us from every angle, keeping us grounded to the earth only through its bonding with the boisterous bassline. As grainy as the vocal gets towards the chorus, it never devolves into ambient surrealism; Rico’s approach to the verses is too restrained and disciplined for us to ever lose sight of the track’s main strut. In this respect, “Dre@m Vaca$ion” is as much a nightclub anthem as it is a wistful pop song, which isn’t quite as common a combination as it once was some twenty years ago. It’s stylized like a throwback, but produced in contemporary high definition.

Dan Rico flirts with a funky rhythm in this single that I really want to hear him exploit more in the future. His singing is relaxed and full of a catharsis that breaks up the tension in the beat, but at the same time, he’s doing as much to shape the tempo of the song with his vocal as the drums are. Everything is structured around the cadence of his crooning, which is flexible and lively from the onset all the way through to the finish line, and never gives us the impression that Rico isn’t invested in the words that he’s dispensing. “Dre@m Vaca$ion” is smart pop from a really sophisticated arranger, and I think that it has the potential to elevate his brand out of underground obscurity and into the limelight of the primetime stage.

Bursting at the seams with color, this club-rocking gem from Dan Rico is a must-listen for pop fans who crave erudite melodies that resist the temptation to blend in with the crowd. It’s not very often that we come across a single that has as much appeal to dancefloor-dwellers as it does more casual music enthusiasts who enjoy a smooth beat every now and again, but that’s exactly the case with “Dre@m Vaca$ion.” If you’re in the market for a groove-laden treat from a performer who refuses to make music without thinking outside of the box, I would highly recommend giving this exciting new track a spin as soon as possible. In an era plagued with halfhearted hybrids, it stands out as a genuine treasure.