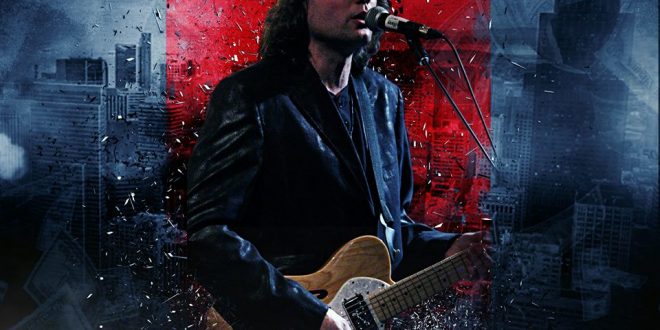 The Ottawa-based singer-songwriter’s latest release is from his Ron Nevison-produced album “The Long Road Home.”

It’s basically a song about being wrapped up in a relationship of sorts with someone, and having them in your head for a while, with the hopes that maybe there might be a rekindling of a spark.”

Cory M. Coons has been riding a wave of success following the release of his latest album, “The Long Road Home.” The Ron Nevison-produced album has been receiving critical praise, earning Coons two Radio Music Awards. The singles, “Long Road (Dead Man’s Dream)” and “Once Too Many, Twice Not Enough” have been climbing national radio airplay charts. Coons also received an Outstanding Achievement Award from the Indie Music Hall of Fame for the latter single’s chart performance.

On Friday, November 30th, 2018, the Ottawa-based singer-songwriter is releasing his latest single and video for “Would You Stay” (MTS Records.) It is the 3rd single from “The Long Road Home.” Popular Canadian website, CanadianBeats.ca is premiering the video.

Coons says, “I think it’s basically a song about being wrapped up in a relationship of sorts with someone, and having them in your head or thoughts for a while, with the hopes that maybe there might be a rekindling of a spark, or feelings that once existed with the other. And you are sort of left chasing the other’s lead so to speak… All the while hoping that those past mistakes can be erased.”

Watch “Would You Stay” at www.canadianbeats.ca.

Growing up in Eastern Ontario (South of Ottawa), Canada, Cory M. Coons has been passionate about music since his early teen years. In 2015, he was nominated at the “Producer’s Choice Honors”, (formerly Los Angeles Music Awards), in the “Rock Artist Of The Year” category. In 2014, Coons won the Producer’s Choice Honor for “Studio Album Of The Year” for his Independent EP “Share A Little Time.” Coons also received nominations for “Male Singer/Songwriter” and “Record Of The Year.”

Cory M. Coons “Would You Stay”