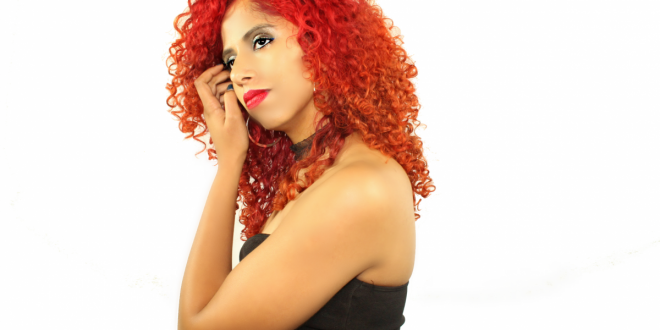 Shenna Somsmieh, known by her stage name Shenna, is a singer, songwriter, actress, dancer, co-producer, and model who, since the age of seven, has performed in front of thousands across the United States, United Kingdom, and Canada. Hailing from Woodbridge, Virginia, Shenna’s received some heavy airplay in the U.S and in several countries around the world including Poland, Australia, Ghana, and the U.K. Several of her records (including two from her debut album Made Of Gold) are featured on the 2016 season of Oxygen’s The Bad Girls Club (“You Can’t Sit With Us,” “Made Of Gold,” “So Love”), MTV’s Teen Mom OG (“Control”), MTV’s Finding Carter (“Take Your Time”), and Netflix’s film Miss Stevens (“Made Of Gold”). Shenna’s debut EP, Dream In Color, held the number one spot on Bandcamp in the Washington, D.C., Maryland and Virginia market for several months.

An advocate of women empowerment, Shenna exudes the boldness of icons Rihanna and Lady Gaga both in her fashion sense, and music. Her Syrian, African-American, and German background has also had a profound influence on Shenna’s artistry.

Recently, Shenna’s latest video, for the song “Conversation” debuted via Billboard. Speaking about the video she said, “I wanted this video to have an old school vibe with a present-day meaning behind it. I feel that people are so distracted by the media and technology that we are not having real face-to-face conversations anymore because of the many distractions around us. The guy’s point of view in this story has static and is blurred out because he’s actually a TV which is the symbol of someone distracted by technology. ”

We had a chance to chat with Shenna and asked her a few questions to help us get to know her better, here’s what she had to say:

Fun, mysterious, melodic with a twist of my own character.

2. How did you get your start in music?

I started singing at the young age of 3 but was introduced to performing at 7 years old where I would sing at family gatherings even though I was very shy back then. I entered numerous talent competitions as a kid and was selected for competition choirs in Virginia which shaped me into the musician I am today.

When I was a freshman in High School I entered into the school talent show and was selected to compete. Everyone was confused because I was on the basketball team and didn’t seem that I would have a hidden talent. I knew the whole school would be there so I rehearsed every move, every long note, and practiced in my outfit for hours after school. I ended up winning the Rising Star Award and knew I wanted to reach for the stars.

4. What does it take for an artist to stand out in a smaller music environment such as Woodbridge?

I believe it was easy to stand out because it was a small town so everyone knew who could sing, who could draw, who was the best dancer etc. It was just very hard to get out of the whole “famous in my small town mentality”. My mom would take me every winter break to New York. I knew that was where I would move one day. I had to take a lot of initiative and just make the big jump. Thanks to my small town, I think it taught me how to be a fighter and find opportunities.

5. What should people expect from your live performance when coming to see you live?

Audience participation is key! My goal is for someone to leave my show with a lyric such as “Take Your Time when you taking mine” stuck in their head. I love to see people involved and having fun.

6. Do you write all your own material?

Yes! I also write with my producer Austin Bello a lot and sometimes write with Malcolm Fong for placements. I love telling stories and painting a picture to my listeners.

I just want to elevate and be a better version of myself in all aspects. I want to really perfect my musicianship and play guitar and piano during my live sets more frequently. Also, my goal is to work so hard as this year comes to an end that 2019 is secured to be a great year full of opportunities I could only dream of!

Off The Wall Michael Jackson. I collect vinyl. I have always been in love with thrifting and lived close to a Good Will people were stupid and donated Michael Jackson, Diana Ross, and The Beatles Records. I think that is where I gain a lot of my lyrical inspiration from because I never listened to music from my time or age. I listened to my parent’s music by choice and dissected the lyrics as a kid. Songwriting was never a game to me!

Carlos Santana. Once again a perfect example of an old young soul. I always enjoyed real musicianship. Music that made me know someone was telling a story. My father won the tickets at his job and gave them to my mom I begged her for me to go even though I was only 5 and I still remember it so vividly.

“No Doubt” because their music is so eclectic and full of different emotions!

Previous Across The Board, Clayton Morgan, Cory M. Coons, Margie Singleton Are 2018 Radio Music Award Nominees
Next Gallery: The Candescents, Miya Folick, Pale Waves at The Sinclair in Cambridge, MA 11/13/18