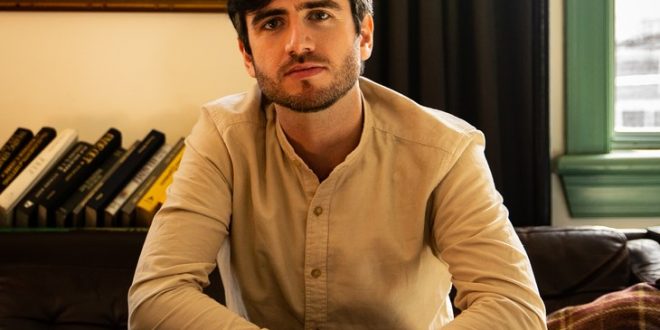 No Sailor is the moniker of American singer/songwriter Kieran Garvey and his five-piece folk band. Their upcoming debut album, Anchor Broken Free, is rife with stories of spoilt love, fickle romance, and the absurdities of dating. Recorded over two years, and in three countries – Slovenia, Scotland, and America – the album was carefully crafted with acclaimed Glasgow producer Paul Savage (Mogwai, Franz Ferdinand, Camera Obscura) and mastered by Brian Lucey (Arctic Monkeys, The Black Keys, Beck) in Los Angeles. The ultimate result of their labor is a collection of delicate, powerful, and achingly honest songs.

Speaking on the video, Garvey says; “We shot the music video one evening in a friend’s handbuilt barn in Bucks County, Pennsylvania. When I first saw the space I knew we had to use it for a video or a concert. It’s a stunning space, a two-level pristine clean barn built Amish style – without using a single nail in the framing, so it’s all wood-peg and slotted joints. As the band plays acoustic instruments made from wood (guitar, violin, upright bass, piano, and drums) the setting was a perfect complement to the sound of the band.”

Previous Gallery: The Candescents, Miya Folick, Pale Waves at The Sinclair in Cambridge, MA 11/13/18
Next NatStar – THE PROCESS (EP)