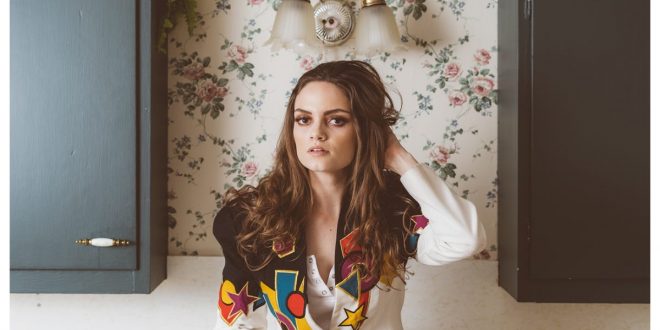 Jane Ellen Bryant is a name that has quickly become well-known and adored in the live music hotspot that is Austin, TX. Like many of her musical idols such as Sheryl Crow, Bonnie Raitt, and Sara Bareilles, Bryant has a unique voice and distinguishable songwriting style that instantly sets her apart. Her music feels familiar, yet fresh. Her dynamic sound has often been described as “heartbreaking rock ’n’ roll.” Her lyrics speak directly to your soul, the musical “hooks” leave you humming and her rare vocal control will either have you rocking a headbang, or wiping away a tear. Her passionate performances continuously leave listeners begging to know more about this mesmerizing songstress.

Her new EP, Let Me Be Lost, just released in September is a collection of songs that each a different story and reflect a different aurora, yet all demonstrate the many shades of Jane Ellen Bryant. Bryant was joined in the studio by her first ever bandmate and longtime collaborator, drummer Chris Copeland. Other collaborators include guitarist Brian Patterson and guest bass player Einar Pederson, who has worked with the likes The Fray and Kelly Clarkson.

You can stream Let Me Be Lost on Spotify by clicking HERE.

1. How would you describe your music if talking to someone who has never heard your music?
I’d say it’s a little pop, rock, and folk. Think of Sheryl Crow or Alanis Morissette and how they have a variety of genres blended into their sound. Their songwriting style and voice make it unique and recognizable. I hope people can draw a similar conclusion while listening to my music!
2. How did you get started in music?
I started singing and performing as soon as I could talk. My poor siblings were forced to watch so many home shows. The songwriting aspect developed while I was in high school as a form of therapy. It became clear how I wanted to pursue music once the songs came into play.
3. What show would you consider to be your “breakout gig” to this point?

I got to play on the same bill as John Fogerty last fall! That was cool. I don’t think I’ve really had a breakout gig outside of Austin yet though. That is definitely one of my goals for 2019.

4. What does it take for band to stand out in such a heavily saturated music environment such as Austin?

There are so many wonderful bands in Austin. It’s so inspiring to be a part of community like that. It does mean that you have to think outside of the box and find a way to capture people’s attention. Branding and marketing are so important in an over saturated market.

5. What should people expect from your live performance when coming to see you play live?

Depends on the setting! If you see a full band show, expect a rock and roll, great time. If you see us play in a more stripped down listening room, it’s full of emotion and heart-wrenching moments. I love both settings. Sometimes that makes it hard to choose which path to pursue!

6. Do you primarily write your own songs or work with songwriters?
Any song I’ve ever released I wrote on my own. I’m trying to branch out and write with other people now though!7. What should people expect from you for the remainder of 2018?
I’ve got a few exciting shows coming up! There will be a music video coming out soon for my song “Too Smooth.” I’m excited to have some time to write and dream up the next steps.
8. What was the first album you purchased?
Wide Open Spaces by The Dixie Chicks

9. First concert you attended?
I think it was a Jo Dee Messina concert at the Austin Rodeo. I stood up and sang along. Shortly after I saw the Dixie Chicks and The Backstreet Boys. Shout out to all the 90s kids out there!
10. Most influential band to you personally?
As a kid, I would fall asleep to the sound of my parents listening to Sheryl Crow’s hits downstairs. She takes the cake. I’m obsessed with her production and songwriting.
Jane Ellen Bryant online:
Official Website | Facebook | Twitter | Instagram