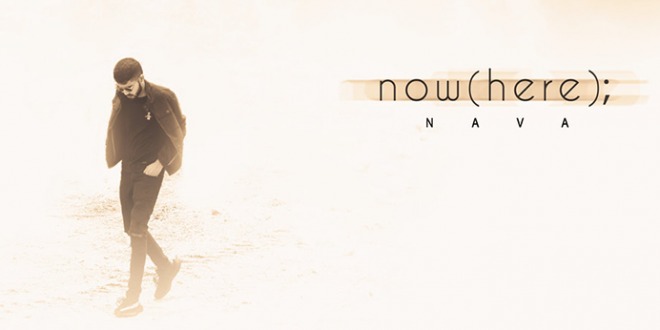 Pranava Maharaj is a West Indies-based R&B singer/producer located in Trinidad and Tobago. Since the tender age of 11, Maharaj, under the artist name Nava, has ridden a consistent wave of success, catalyzed by his victory in a local music competition. Nava’s eventual guest spot on Trini soca superstar Machel Montano’s tour would prove an especial career milestone, taking him to such prestigious heights as the Over The Crop festival in Barbados and New York’s Radio City Music Hall. Given this level of touring experience, Nava managed to utilize his talent through several acclaimed singles within the span of a year.

Now(here);, Nava’s debut EP, greatly expands these talents, and is a fitting showcase of his present ability. The EP opens on “Are You?,” a type of spacy, yet vibrant track. The two elements that instantly stand out are the warmth of the synth melody, and the crisp, reverberated textures emanated by the guitar. Once the thematic focus comes into play, I sensed imagery of life passing before one’s eyes in a rapid internal haze, as if questioning their own existence. Further on, it is revealed that an intense, and equally indifferent abuse tactic has been put upon the subject of the song. “Alright,” the track to follow, seems to flow in a direct thematic manner. More context is given pertaining to the emotional damage done, centering on the numbness, and subsequently forced connection, with the subjects formerly significant other. At first, I assumed this song would more or less lean toward the typical cloud rap model, but this very lyrical sensitivity had me thinking otherwise. That’s not to say this song isn’t catchy; it continues to carry a foundation of both groove and engagement. In another thematic close up, “Blind,” previously released as a standalone single, also does its part in maintaining the pace. This song examines the subject’s regret after having put their full trust in the other, and being completely thrown off by their sudden betrayal. I appreciate how underneath the song’s predominantly electronic composition, subtle tinges of acoustic guitar work to keep its influences afloat.

The latter part of the EP initially shifts toward slightly longer, more experimental pieces. From diving headfirst into “Right One,” I immediately sensed the amount of air around the track. There’s a bit of a reggae vibe implied from the main synth melody, all the while the enveloping pad provides just the right instrumental accentuation. The chorus is especially resonant for this reason, and I can definitely envision growth in the song’s exposure with time. “This Way,” the penultimate track, is another definite standout. It revisits the perspective of the subject’s internal pain, wherein their sadness numbs into disenchantment. Similarly, such negativity even obscures the other’s attempts at reciprocating their previously invigorated emotional investment. I liked in this particular track how, amidst the increasing intensity of Nava’s vocal delivery, a chorus-laden guitar chord sequence does so in the same manner. The EP caps with “Pon Road,” another standalone single, although much more recent. This song effectively captures a sense of strength in independence, as the subject’s disenchantment gradually reforms into contentment. Every feature of each of the previous songs is especially well-represented in this one, which therefore makes it a fitting closer.

Overall, Nava’s Now(here); EP took me by unexpectedly pleasant surprise. While I’m normally not a fan of cloud-based music, mostly due to its rather loose, often unfocused lyrical nature, this EP was fully poignant. It plays out the natural course of a breakup – the accumulated tension and internal combustion, and the subsequent separation and ultimate closure – all on hook-laden and downright solid instrumental beds. To a great extent, a positive notion of growth within the soul is eventually realized, transcending from the past of ‘nowhere’ to the present of ‘now, here.’

I come from a family who is passionate about all things music. I learned to sing at an early age, and by 13, had my very own Fender Strat guitar. I tried my hardest at learning all that I could. Because I was born with cerebral palsy, I had to teach myself an adaptive playing style. I learned to write and record my own music, despite these difficulties. In college, I started making great use of my writing abilities by reviewing music, as well as copy editing. I guess it's best to stick with what you know, while welcoming a fair challenge at the same time.
Previous THRILLKILLER Release Official Music Video for Title Single Off of ‘San Francisco Moto’
Next Like A Storm Kick Off US Tour Supporting Godsmack and Shinedown