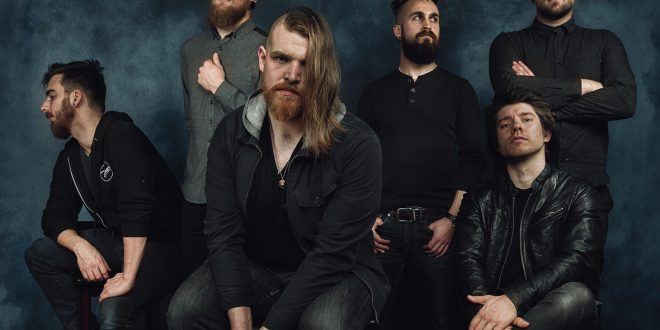 Canadian progressive metal outfit The Body Politic have released a new music video for the single, “Parasoul“. The song comes from their 2017 contr:addiction EP, which broke the progressive metal mold and revealed the most sophisticated songwriting the band has accomplished to date.

“’Parasoul’ is a song about pain. Our director Mike perfectly captured the bitterness, sadness, and anger in the song with his treatment of the video. Our latest album explores the world of addiction, and how substance abuse only temporarily masks pain,” commented drummer, Spencer Bowman. “A parallel can be drawn to the video for ‘Parasoul’ as it illustrates how vengeance is unsatisfying, and only masks the damage that motivates it. If revenge is used as the antidote, the pain remains.”

Twisting energetic chaos with melodic soulful solos, the band aims to bring something new to the metal world. Watch “Parasoul” below.

Connect with The Body Politic:

Originating on Vancouver Island, The Body Politic is a six-piece powerhouse of poly-metric grooves, aggressive screams and soaring vocal melodies, pushing the boundaries of modern metal music. The members honed their craft in post-secondary music programs while recording their first full-length release All Too Human (2011). The album and the subsequent touring put them on the map in Canadian progressive metal, and led them to opening spots for bands like Tesseract, Protest The Hero, and Scale The Summit.

The Body Politic solidified their position as one of Canada’s most vibrant independent metal acts with their second release Egressor (2014). This album was a leap forward in both technical musicianship, and raw, honest emotion. The video for the lead single titled ‘All Hands’ was supported by Much Music and premiered on Much.ca. The extensive tour cycle that followed this release propelled the band to new heights in the Canadian music scene, and due to the press that this album generated, the band gained dedicated fans in Europe and the United States.