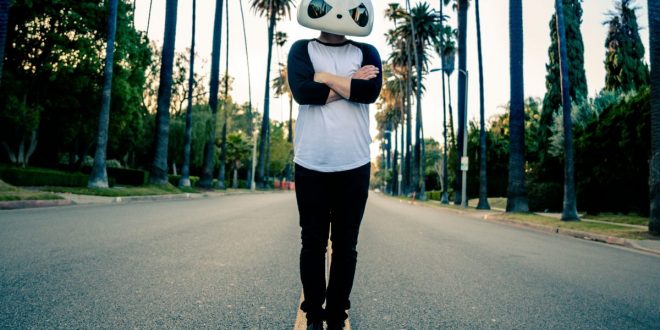 White Panda returns as a solo act with “Hands on Me”

Today, nine years after inception and being hailed by Vibe as “the mash-up kings,” Chicago’s White Panda has released the first original track, “Hands On Me” which features vocals by Island Records’ emerging pop duo Loote.

White Panda accounts for over 200 million streams on Spotify, YouTube and Soundcloud (Soundcloud counts for approximately 50% of their streams) yet that number is just the tip of the iceberg as their music was distributed for free download in pre-streaming days. Over the course of their 6 albums, their signature throwback-meets-modern sound has landed various tracks at #1 on Hype Machine 40 times.  They’ve joined forces with today’s biggest musical acts by releasing official remixes for Zayn Malik, Fall Out Boy, Why Don’t We, Bebe Rexha, YG and most recently released the official mash-up of Michael Jackson’s posthumous “Scream.” Best known for high-energy live shows complete with pyrotechnics, projection design and, fittingly, digitally mastered panda masks. White Panda has performed over 400 shows worldwide including major festivals such as Lollapalooza, Bottlerock, Electric Zoo and Firefly, where they were invited to perform an unprecedented 5 consecutive years. They have also shared the stage with Twenty One Pilots, Tiesto, Mike Posner, Wale, Nelly, MGMT, Steve Aoki and more.

White Panda began when two friends discovered they had independently embarked on electronic dance music careers in college. What started as a procrastination method to avoid schoolwork, soon exploded into a phenomenon when their first single, “What You Know About Little Secrets,” a mash-up of TI and Passion Pit, topped the Internet radio charts in 2009, marking the start to an epic moment in music. Today, White Panda moves forward as a solo effort offering the same quality music and showmanship fans have come to expect.

Earlier this week, White Panda took to Facebook to announce to fans about the new solo era, stating “Most of you know White Panda as a collaborative effort. And it’s true: much of our past work has been just that. But as panda cubs grow, they eventually need to leave the den. For some time now, as some of you know, only one panda has been driving this project forward. I’ve worked hard to deliver same quality of music and showmanship you’ve all come to expect from White Panda. That will not change. What will change is that White Panda, as it has been privately for some time, will now continue publicly as a solo effort.”