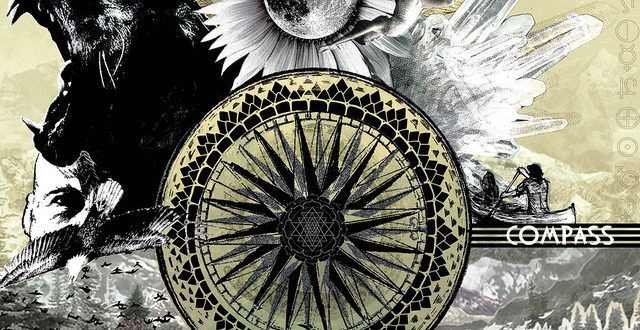 It’s been awhile since there was an artist that was able to grab the attention of critics and fans simultaneously, as just satisfying one of those groups can be a lifetime worth of work in itself. But emerging from the woodwork now (at what couldn’t be a better time) from the great white north is singer/songwriter Conor Gains, whose first solo recording, Compass, is making epic waves across the western hemisphere.

Rarely do I put a lot of stock in first impressions. Too often have truly epic people, artists, athletes, whatever, been dismissed prematurely because of a bad first impression. And at the same time, how much garbage have we rushed to declare as solid gold, especially in times of cultural and artistic desperation? Any way you slice it, first impressions have never been a big thing for me. As a music journalist, when I drop the needle on a new record like Compass, even when I’m familiar with the artist (or a full-fledged genuine fan as I am in the case of Conor Gains), I never totally know what to expect. Part of me was expecting what Gains always delivers in his live shows and previous dabbling; a melodic collection of swinging blues and jazz standards that crash into each other and create a hypnotic effect for anyone who loves rich vocals and easy beats. But what I wasn’t expecting, even slightly, was the intimate, high definition production that seems to act like a magnifier for all of Gains’ stunning sonic experimentation. I don’t think much of first impressions, but when you get the kind of reaction out of the first song on a record that I did with “I Know” (track one on Compass), it’s impossible to ignore or chalk up to anything other than blistering talent.

From start to finish, I could not break my focus away from this album. I found myself getting into every chorus with gusto, tapping my feet in the beginning and straight up swinging by the time “In My Head,” the halfway marker on the record, started to play. What an infectious set of pipes this man has on him – the vocal range on full display in Compass is enough to make even the most skilled vocalists among us stop and take notice. There’s a little Marvin here, a lot of Aloe there, and even some moments where you can hear crooners like Sinatra begin to peek in on the action. I am in awe of Conor Gains here, who in the past has shown traces of this kind of talent, but never has it been so fully realized nor so fantastically presented in full color.

Gains has a litany of shows on the horizon in Canada and the United States, and I highly recommend that you take the chance to experience his new music live and in person when he rolls through a city near you. Keep an eye on his official Facebook page for more information, and stream Compass now on Spotify and Apple Music now.

Stephen Vicino is the founder of MusicExistence.com. He created this site to give talented musicians a voice and a way to be discovered.
@@svicino
Previous Gallery: The Brothers Comatose at The Fillmore in San Francisco, CA on 06/01/2018
Next Blue October Announces Ninth Studio Album “I Hope You’re Happy,” Out August 17th