Home / Headline News / Real Friends Return with “From the Outside” 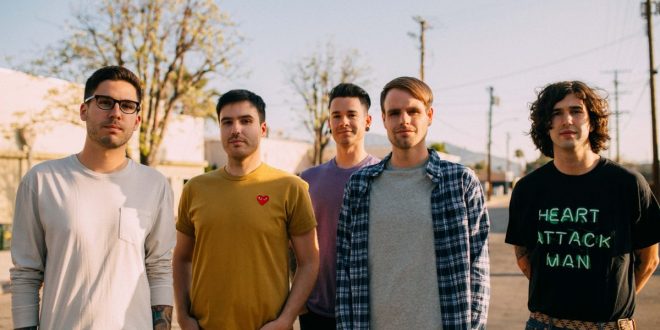 Real Friends Return with “From the Outside”

In advance of their headlining run on the final Vans Warped Tour, Illinois rock-group Real Friends have released their latest single “From The Outside”. Produced by Mike Green, “From The Outside” explores Real Friends’ frontman, Dan Lambton, struggling to decide right from wrong, and not being able to communicate those feelings to friends and family. The song is an epic follow-up to their previous single “Get By”, released late last year.

“This song in particular addresses uncertainties pertaining to not knowing what may be good for you or in your best interest,” explains Lambton. “Whether it be medication, drugs, alcohol, psychiatric treatment, etc. and generally not being able to navigate the inner workings of your mind to know what is going on with your mental state.”

Beginning June 21 at the Pomona Fairplex Grounds in Pomona, CA, the band will be heading the final Vans Warped Tour across the country. Dates and tickets are available here: http://realfriendsband.com/#tour

It’s been two years since the band released their third studio LP, The Home Inside My Head, which earned a Billboard Top 200 chart placement. Since then, the band has sold out shows across the country and has been actively writing/recording in the studio.