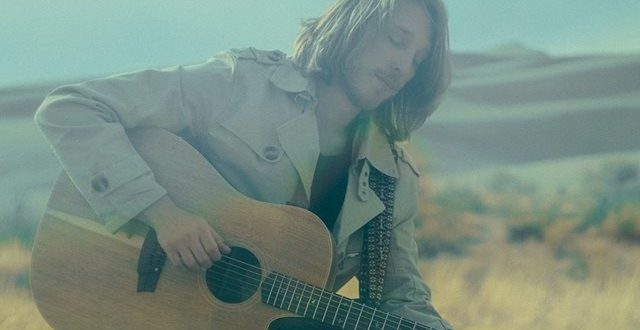 Single Review: Grayson Erhard – “I Will”

Grayson Erhard fuses the close-hitting charm of indie rock with the intricate, yet precise hook factor of percussive acoustics. Based in southern Colorado, the Del Norte singer-songwriter has continually made substantial use of this talent, especially with his latest single, “I Will.” It serves as the carrier for his upcoming album, Earthship. The album is, in fact, based on his time on an actual earthship, while in collaboration with co-writer Bennigran in Taos, New Mexico. In the context of Erhard’s upcoming album, every song after that is also to be released as singles with accompanying music videos, which is certainly an ambitious direction.

“I Will” begins on a progressive time signature, Erhard’s percussive slaps resonating like sand particles from an hourglass falling little by little. Further, his airy, torn vocal delivery is supplemented by guest vocalist Amy Israel, whose vulnerable harmonies make quite the comfortable fit. From a thematic standpoint, the song seems to sport a daring vow of unity with a loved one, despite their paths having diverged, and darkening circumstances abounded. By far the most noteworthy highlight of the song is its chorus, wherein Erhard’s overdriven, yet crisp chord sequence bolsters—and wholly authenticates—his and Israel’s untethered sincerity.

I come from a family who is passionate about all things music. I learned to sing at an early age, and by 13, had my very own Fender Strat guitar. I tried my hardest at learning all that I could. Because I was born with cerebral palsy, I had to teach myself an adaptive playing style. I learned to write and record my own music, despite these difficulties. In college, I started making great use of my writing abilities by reviewing music, as well as copy editing. I guess it's best to stick with what you know, while welcoming a fair challenge at the same time.
Previous Gallery: Blacktop Mojo Live At The Green Room In Flagstaff, AZ 05/25/18
Next Gallery: Styx – Fivepoint Amphitheater Irvine CA. May 30, 2018