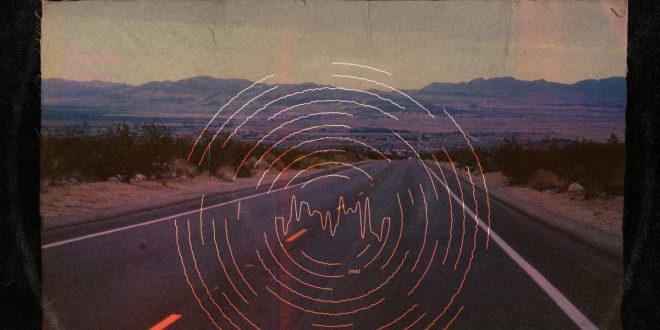 Hawthorne Heights are back with a brand new album Bad Frequencies. It’s their first release in five years since 2013’s Zero. The Ohio rock band might have shifted their music style around in the 17 years they’ve been a band, but this latest full-length is packed full of summery rock anthems which is an amalgamation of everything they’ve been through since their formation.

With Bad Frequency revisiting pop punk, emo, and hardcore, it does feel a little more like a time capsule from 2005 than a new release for 2018. But it’s far from stale sounding, and catchy riffs and solid beats hook you immediately.

“In Gloom” might start out Bad Frequencies on a fittingly gloomy note, but the fast-paced emo anthem is short and sweet, and makes me feel all kind of nostalgia for the 00s music scene.

Things get a little heavier with “Crimson Sand,” as Hawthorne Heights’ hardcore elements start to shine through. Guitarist Mark McMillion’s unclean vocals collide against JT Woodruff’s softer crooning, and there’s a couple of breakdowns sprinkled throughout the track.

This album’s titular track slows things right down after a few whirlwind tracks. It starts off as a very simple, sleepy track, showcasing some electronica skills and Woodruff’s vocals, but it eventually kicks into gear with a borderline-metal sounding crescendo.

“Starlighter (Echo, Utah)” reminisces about lost relationships, sunrises and sunsets, all to a backdrop of quintessential upbeat pop-punk. It serves as a breather, before “Push Me Away” starts up the hardcore tendencies once again; aggressive riffs and a smattering of screaming vocals take over the previous pop-rock tempos.

It sets up for the finale of Bad Frequencies: things are a little more downbeat right up until the last song, “Pills.” It rounds off the record with a classically emo-style track, complete with pessimistic lyrics and melodic guitars which really carry the tune.

Listening to Bad Frequencies was certainly a trip down memory lane for me, and I won’t pretend that I wasn’t concerned if an album which initially sounded so ten-years-ago would be able to have any place in 2018. However, I found myself enjoying this music far more than I thought I would, and not just in a nostalgic way. I’m not sure if emo will ever be as big as it was in 2006, but there’s definitely room for this blast from the past in this decade.

You can pick up Bad Frequencies right now at this link.

Hawthorne Heights are currently on tour in the USA. Check out their tour dates!

Watch the video for “Push Me Away”:

Freelance arts, culture, and music journalist. Lots of words and some radio. Studying for an MA in Media and Journalism. Trying their best.
@lozreviews
Previous MARTY CASEY Releases Official Music Video for Uplifting Single, “Anything You Want”!
Next Eddie Vegas drops His Debut Grime EP