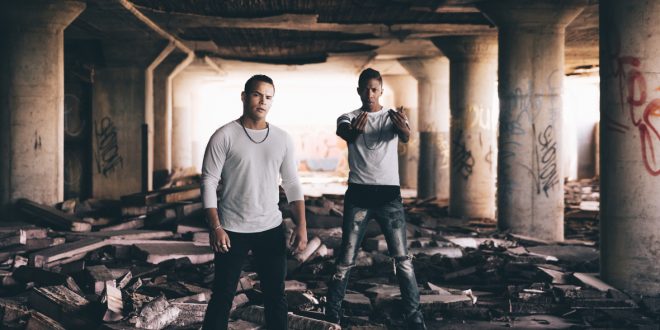 NJ’s Epoch Failure have debuted their latest single, the bold and fervent “They Ain’t Talkin’ Now.” Recorded in Nashville with Tommee Profitt (producer/composer for Capitol’s #1 Billboard rapper, NF), the song is an anthem about overcoming adversity and rising up in the face of all the doubters and haters. As such, this track is more than just a song, it’s a personal sonic portrait. ESPN got behind the message and the beats early, as they featured the song all last month on their First Take sports talk series.

“This song is a battle cry,” says singer Billy Joe Marrero. “It’s letting the world know that you’ve been down at the bottom and through the pits, with people waiting for you to fail. But instead of letting all that break you, it’s what fuels the fire and helps you become the most badass version of yourself that you can. And, in the end, you come out a winner.“

This song isn’t Epoch Failure’s first introduction to the sports world, as their debut single “Champion” was used in the 2016 & 2017 Super Bowls and has also been licensed by The NFL Network, Fox Sports, NASCAR, WWE, NBC Sports, and many sports teams. Capitalizing on that success, their second single was a reinvention of Bon Jovi‘s “Livin’ on a Prayer” that reached the Top 10 on Spotify’s Viral 50 USA chart. The reimagining even garnered the attention of Jon Bon Jovi himself who shared the track across all the band’s online platforms”

“They Ain’t Talkin’ Now” is available now on Spotify.