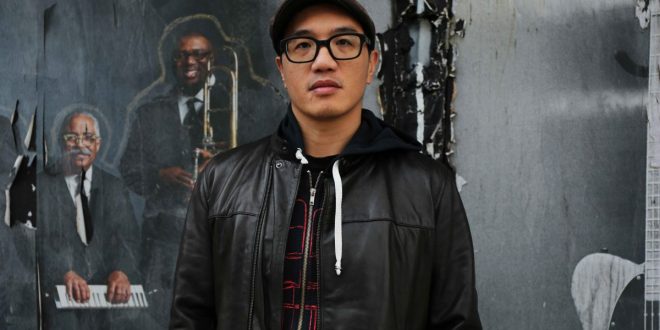 Hailing from the New Jersey area, Red Black Red is the musical spawn of Enrico Fernando’s fertile artistic imagination and the band project’s debut Resettlement includes eight songs inspired by the widescreen theme of the immigrant experience in American culture. It’s a predominantly guitar dominated collection, but Fernando’s talent for incorporating electronic colors deepens the songwriting’s potential impact. There’s a definite singer/songwriter sensibility pervading the songs without ever belaboring its aspirations into pretentiousness. Instead, Fernando hits upon a compellingly natural sound that, despite the presence of electronica and obvious overdubs, has a surprisingly live feel. The intimacy he achieves with the album’s sound makes it an even more memorable listening experience. Red Black Red’s Resettlement is far from your average one off or fringe alternative/art rock effort. It’s as personal of a statement as you’ll hear from any artist in any genre or style.

That personal commitment is reflected in many ways, but his voice contains much of the album’s heart. “Kindness” elicits an aching, multi-faceted performance from Fernando as a singer while the musical arrangement and sound brings the electronic and guitar oriented sides of his musical personality together with confidence and ease. The album’s mood darkens considerably with the second track “The Scientist” and Fernando indulges himself and listeners alike with his obvious love of industrial rock/metal. The recognizable sides of this performance curry favor with a specific part of Fernando’s potential audience, but it sounds a little self-conscious musically while still demonstrating, in other moments, Fernando’s signature style. There’s a more “live” drum sound for the song “Debris” and that suits it well as the song exhibits a more overtly vulnerable edge than many other numbers on Resettlement.

“A Dream in Fevered American”, single-handedly, makes the case that Resettlement is one of the year’s strongest releases thus far in 2018. It’s rather astonishing to hear how fluidly Fernando’s writing and arranging talents binds dramatic electronic and guitar textures together that might be otherwise challenging for other acts and artists with similar style. It takes a turn towards a commercial direction once again with the strong guitar leanings and colorful supporting electronica of “Black Pearl” that, nonetheless, carries all of Red Black Red’s idiosyncratic touches. There’s a similar focus on more conventional minded alternative rock with the title song performance and it roars even louder thanks to a vocal performance surging with more unbridled passion than we’ve heard thus far. It pairs up rather well with the finale “A Blessed Day by the Ocean”. It’s a song coupling visceral, pulverizing blasts of electronica with stripped down verses focused on Fernando’s voice and its disparate elements come together to give the album well deserved finality. Without beating any drums or taking on dogmatic airs, Enrico Fernando writes eloquently and with great humanity about an outsider’s experience in American life, but he says just as much if not more about who he is as an individual. The beating heart at the center of Red Black Red’s Resettlement gives it a level of gravitas we rarely hear in modern music.

Stephen Vicino is the founder of MusicExistence.com. He created this site to give talented musicians a voice and a way to be discovered.
@@svicino
Previous CD Duplication Versus CD Replication: What’s The Difference?
Next New Sounds from the Spaceman! Jonny Dee – Blue World