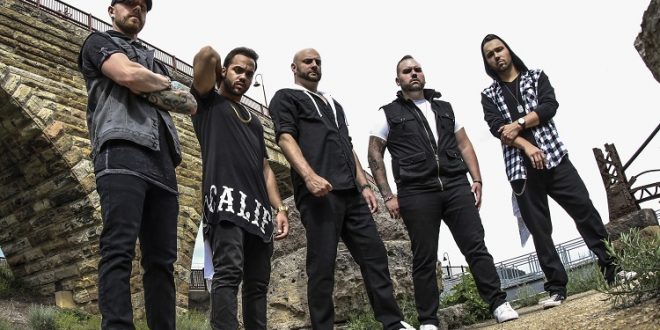 Fire FIght Release Official Music Video for “The Ghost Inside”

“’The Ghost Inside’ is our favorite song to play live. It’s got it all, and in a very short amount of time, from heavy riffage down to soft vocals building into an epic chorus and back to the heavy riffing, and that reflects the story behind it: light vs. darkness, good vs evil, and the continuing battle between. For the video, we went for simplicity; there’s a ghost inside all of us. As people we can go through different stages of emotions and sometimes those emotions make us see in black and white, and while the song may be complicated, we wanted to accent that simplicity throughout in the imagery as well.”