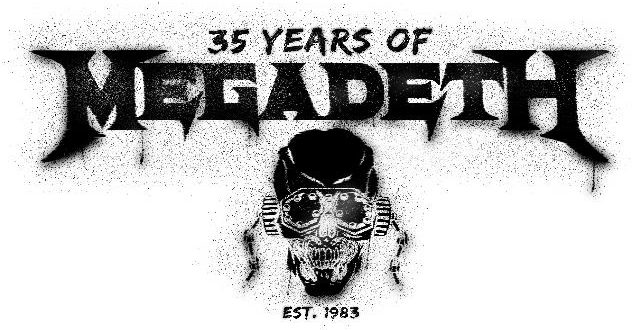 “When I started MEGADETH, I didn’t imagine myself living for 35 years, let alone my band reaching this incredible milestone,” says Dave Mustaine. “Thanks to almost everyone I’ve met, worked, and played with these last three and a half decades.”

One of the original “Big Four,” MEGADETH burst onto the scene 35 years ago and virtually invented a genre with their debut album Killing Is My Business… And Business Is Good! (lauded by VH1 as the “Greatest Thrash Metal Debut Album of All Time”). MEGADETH has sold more than 38 million albums worldwide, earning numerous accolades including 12 GRAMMY® nominations and one win, and scoring five consecutive platinum albums—including 1992’s two-million-selling Countdown to Extinction.

NewYork Based Photographer. Music Enthusiast with a background in Graphic Design. Whether I'm shooting a live event or just out wondering the streets its about capturing the moment.
Previous Aesthetic Perfection Covers N*SYNC’s “Bye Bye Bye”!
Next Gallery: Diane Coffee at The Ready Room in St. Louis, MO on 1.20.18