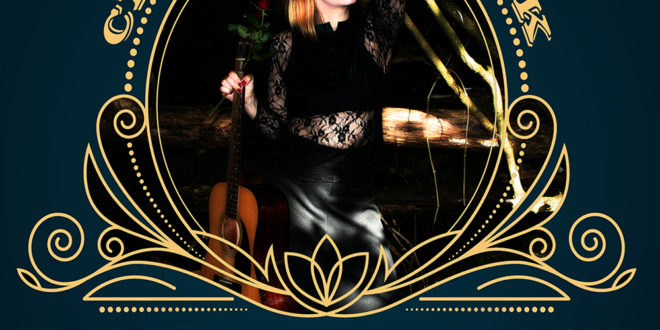 Céline Schmink is a dream for genres that you would not guess a French singer-songwriter would understand completely, yet, she manages to create these loyal sounds that would provoke a sense of familiarity to a lot of people.
Her gift to the Americana genre is “Faded Wanderings”, her LP from 2017, and it is without a doubt a very welcome present. Her voice, not too sweet but not too intimidating is of the likes of Vanessa Paradis and french band Superbus’ front woman Jennifer Ayache, both very soft vocalists with a hint of power. Céline is no exception to the French mystique of female vocals, she brings to the table a very American sound, with an European twist, making her music dance between folk and country, almost as if there was this interesting and different girl living next to you in your southern America, and as much as you’ve seen her around, you never quite know where she is from.

Opening the LP is Solo Rider, from the get go, her French accent is apparent, which collides pleasantly with the very well crafted country background. It is made to perfection, the production is impeccable and it feels like a familiar country tune that everyone knows and enjoys, with the twist of the slight darkness of her voice that never quite stops being sweet. Following it’s The Ballad of Henry Dean, with a perfect layered work that carries on the feel from the first song and extends the mysterious vibe of them both. They complement each other, although The Ballad of Henry Dean has a simpler layer work and a deeper darkness to it.

Faded Wanderings, the title song, is a transition from that darkness into the next part of the ride, a bit more lighthearted without ever losing its touch of mischief. It’s a delicate song, performed with a noticeable love and purpose and produced with detail and thought. The strings sound absolutely dreamy and they blend into Céline’s voice beautifully and seamlessly, as if they both were one.

Hey Rhett! is a soulful and interesting track, supremely picturesque and story-telling, it takes you to places in a way you can even imagine a world and a situation unlike the one you’re in, it sounds of road-trip and adventures. Actias Luna, sung in French and haunting, is a quiet gem, mystical and powerful in a subtle way, with a ghostly layering of sounds and a perfect simplicity.

Sexy Hobo is the fun one of the bunch, upbeat, playful and not too overdone, with catchy lyrics and an innocent, lovey-dovey sound to it. Longboards Road is a rest from the highs and the lows so far with very straightforward production and a sense of comfort.
Betty Midnight and Tupelo are like black and white, fun and quirky, Betty Midnight is more about the lyrics than it is about the composition, which is not to say it’s a bad one, it is simply overshadowed by the story being told. Tupelo feels sad and heavy, longing and nostalgic, which is the feeling it wanted to convey based from the lyrics, its instrumental becomes perfect for the message, as a support, once again.

Mallos de Riglos, with its persistent rattlesnake sound feels like it’s going to become sweet at any moment, but never quite makes the jump, which makes it interesting and gives a feeling of expectation.
The last two songs close the LP in a magnificent way, The Wayfaring Stranger is easily the most beautiful vocal performance of them all, flowy and melodic, more so than any other song, with a production that lifts the vocals above them instead of dragging them. Bayou Julep is a closing song in all of its splendor, it sounds like one, if feels like one and it gives the feeling of closure you get when leaving a place you liked visiting.
“Faded Wanderings” as an LP is just that, a visit to a dreamy, mysterious, dark yet sweet place in which you can find many colors and many feelings. Music is for that, for getting to places within you that you didn’t know were there, and the little temporary world that Céline created for “Faded Wanderings” is one of subtlety, beauty and comfort.
“Faded Wanderings” can be previewed and bought over at https://fadedwanderings.hearnow.com/

Stephen Vicino is the founder of MusicExistence.com. He created this site to give talented musicians a voice and a way to be discovered.
@@svicino
Previous Top 5 WORST Albums of 2017
Next Quality Music Is Back!!