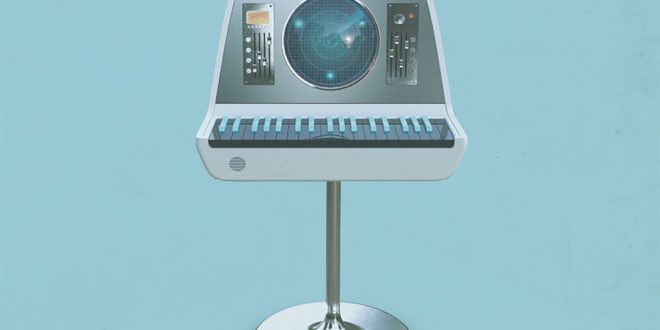 Enter Shikari have really changed a lot of elements to their sound featured in their most recent album The Spark compared to previous records like A Flash Flood of Colour and The Mindsweep. In fact, the use of hardcore electronic, drum and bass style sounds are very subtle and almost non-existent in the political-heavy, new record.

The opening and self-titled track is a fifty second, instumental used as just a soft build-up for the second track and my personal favourite The Sights which is just a funky banger with soft source elements in the chorus. The lyrics on this track are quite ‘out there’ and can be seen in different denotations but is basically about planning a trip out to space!

After The Sights, there is is the first single that was actually released from the album Live Outside. Shikari’s frontman Rou Reynolds told Kerrang! that Live Outside is ‘fo­cused on men­tal health. there’s par­al­lels to want­ing to get away from the on­slaught of mod­ern life and ev­ery­thing go­ing on at the mo­ment – it’s just one global shock af­ter an­other. It’s about want­ing to step out­side of one’s own skull!’ This is easy to pick out with the leading line in the chorus ‘I want to live outside, live outside of all of this’ meaning to escape the real world inside your head and whats going on in the world around you.

Take My Country Back is one of the strongest track on the record, lyrically, by hitting on the British government causing corruption to the country. The opening line ‘don’t want to take my country back, I want to take my country forward’ takes a dig at the far-right in politics which was used in the Brexit campaign and also used in Trump’s famous ‘Make America great again’ and is instead being flipped to make a more positive change in society and politics.

The heaviest track, instrumentally on the album in my opinion is Rabble Rouser. This track is basically just a run down on what Enter Shikari actually are and what they do. It’s almost like a job description for the band. The line ‘people climbing over bodies like spiders’ could be referencing how famously rowdy and crazy the Shikari’s live shows can be. According to frontman Reynolds, the track features a wide array of genres that he was exposed to when he was growing up including jungle, garage, grime and dubstep.

The album takes a big fault in pace on track eight of the record Undercover Agents which is a slow, piano piece which is soft enough to catch any listeners attention. The track stresses on how young people all around the world are trapped into the perception that is already given to them and to use social media in order to give yourself a profile to prove that you aren’t the person that other people just assume that you are. ‘We are all undercover agents’.

The new era Shikari is a great sound and hits some really serious issues going on in the world right now. This has great ‘album of the year’ potential in my opinion and has shown some maturity in the band’s sound since The Mindsweep. If you weren’t too much of a fan of Enter Shikari’s previous heavy albums, then I can only suggest that you give the album a full listen-through to hear their softer, more real side.

Previous Asha Pieper Delivers the Goods on “Voices”
Next Gallery: Happy Mondays at the Academy Manchester 13.12.2017