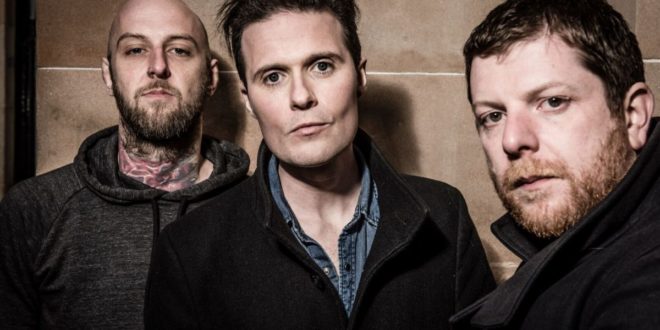 The Fratellis Release Music Video for “Stand Up Tragedy”

Four albums, one Brit award, and several tours of the globe in, and The Fratellis still have all the energy, wit, and verve of the new kids on the block. Kicking off In Your Own Sweet Time in style, “Stand Up Tragedy” bears all the trademarks of the incorrigible Glaswegian three-piece – pitch-black humour, a twitchy muscularity, and a melody that demands you dance along. However, that’s not to say The Fratellis don’t still have a few tricks left up their sleeves, and from the moment Jon Fratelli kicks out the first line of “Stand Up Tragedy” in a puckish falsetto, we’re down the rabbit hole with a track shot through with gleefully absurdist abandon. Razor-sharp riffs and whooping back-up vocals filter Rolling Stones vibes through a psychedelic haze as impish, intricate rhymes crash together in a vibrant sonic pile-up.

The playful nature of the single was soon translated to camera, as Jon Fratelli explains: “We needed something that captured the spirit of the song, that didn’t take itself too seriously and had one simple suggestion…’Dance God Damn You’!!”. Alexander Darby was the perfect man for the job, and explains his experience with bringing “Stand Up Tragedy” to life:

“I thought the track had a manic, really fun energy to it which would work perfectly with a very unlikely, irreverent love story so I wanted to make it all about old people and one fiery couple. The shoot was extremely fun, everyone’s inner disco came out when we switched the lights on and starting giving 70-somethings feather boas and sunglasses!”

Out March 9th, In Your Own Sweet Time once again teams up the Fratellis with six-time Grammy and Mercury nominated American producer Tony Hoffer (Beck, The Kooks, M83, Belle & Sebastian). Boasting all the sweaty, joyful energy of 1970s American pop, combined with the testosterone-fuelled virtuosity of the best British rock, In Your Own Sweet Time is a shot of pure, uninhibited, pleasure. In dark and uncertain times, sometimes all you need is to lose yourself in the moment, and first single “Stand Up Tragedy” demands we stop trying to make sense, take off our shoes, and dance. Let Jon Fratelli (vox, guitar), Barry Fratelli (Bass), and Mince Fratelli (drums) guide you through the chaos, and share the last laugh.

In Your Own Sweet Time album art: 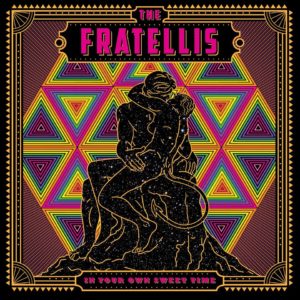 In Your Own Sweet Time track listing: