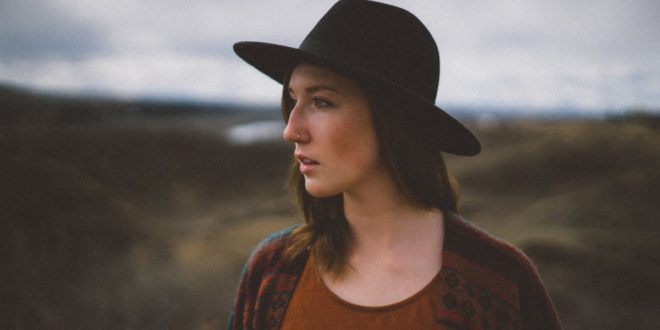 It had taken Canada’s Ann Taylor a backpacking trip across Europe to harness her vocal abilities, and that feat is a testament to her artistic merit. Ever since her undertaking, the 22-year-old Alberta-based singer/songwriter has continually showcased only her most poignant sentiments. Such talent has earned Taylor two YYC Music Award nominations, one for Singer Songwriter of the Year, the other for Folk Album of the Year. Her forthcoming EP, Murphy’s Law, is expected to release December 8.

From Taylor’s recent offerings, “Sober” seems to be the most solid example of her current potential by far. Its opening chord sequence is simply the drizzle on the song’s foundation. Once the feathery, yet bouncing percussion supports the guitars, that is when the atmosphere around the track reveals itself. Taylor’s vocal delivery emits similar qualities—perhaps straightforward stylistically, but more nuanced in a thematic sense. Its texture signifies her acquiring a more grounded perspective from a bitter addiction. She feels detached while enveloped in its newfound false security, but shows a true sense of command in acknowledging the extent of its effects.

I come from a family who is passionate about all things music. I learned to sing at an early age, and by 13, had my very own Fender Strat guitar. I tried my hardest at learning all that I could. Because I was born with cerebral palsy, I had to teach myself an adaptive playing style. I learned to write and record my own music, despite these difficulties. In college, I started making great use of my writing abilities by reviewing music, as well as copy editing. I guess it's best to stick with what you know, while welcoming a fair challenge at the same time.
Previous TreTooDope – The Tape Before The Tape
Next Gallery: The Used Live At The Van Buren In Phoenix, AZ 11/21/17