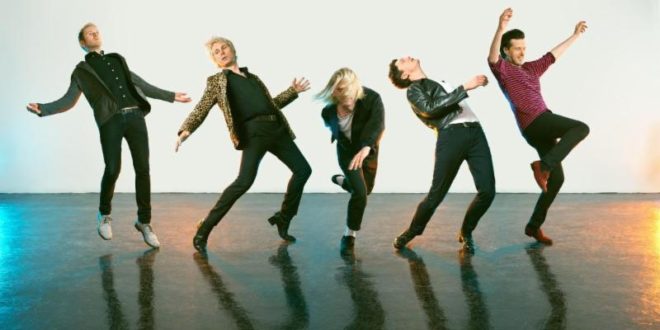 Always Ascending, the new album from Franz Ferdinand, will be released by Domino on Friday, February 9th, 2018.  Nothing short of a rebirth, the album’s 10 songs are a triumphant recasting of the group, bursting with fresh ideas and vigorous sonic experimentation.

You can listen to the first single, also titled “Always Ascending“,  HERE and download or stream it below:

Always Ascending was recorded at RAK Studios in London and Motorbass in Paris, with the help of French producer extraordinaire Philippe Zdar (Cassius, Phoenix, The Beastie Boys), the mutual affection between band and producer seeping into every dazzling groove. Always Ascending shows the lauded Scottish band broadening their palate; as exuberant as it is euphoric, creating a sound that singer, Alex Kapranos, refers to as “simultaneously futuristic and naturalistic.”

From the city which jointly played host to the album’s conception, the band will mark the announcement of Always Ascending with a live-streamed launch event at Paris’s Point Ephémère, to be broadcast from the Franz Ferdinand Facebook page from 9.30pm Paris time/ 3.30pm EST/ 12.30pm PST today, during which the band will preview a selection of their new recordings.

In the years since the off-kilter group of dapper, wordy and witty Glasgow-based musicians burst onto the scene with a debut single so dynamic and refreshing it became a bona fide worldwide mega-hit, the band have continued to release a string of acclaimed albums. That very first offering, the universally adored “Take Me Out”,  has gone from ‘hit au courant’ to ‘rock radio classic’ in record time, drenching the globe’s radio airwaves for over a decade. Since its release Franz Ferdinand have gone on to sell 10 million records worldwide, win two UK Grammy-equivalent Brit Awards, the prestigious Mercury Music Prize, four NME Awards, an MTV Video Award and four Grammy nominations. Despite first finding success during the great ‘garage rock’ resurgence – the band were never all about guitars, or any kind of rock revival. Their songs have always dug deeper with unapologetic swaggering disco-rock. Always Ascending marries their unique talent for building sonically rich, catchy, dance floor friendly songs with a renewed zest for experimentation.

Tickets for shows in Ireland, UK and Europe will be available to purchase from 9am on Friday November 3rd, Japan from November 11th, and US and Canada from 10am local time October 27th.  More information can be found on the band’s website. 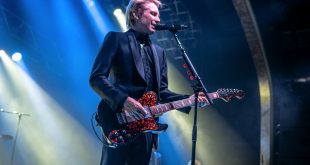 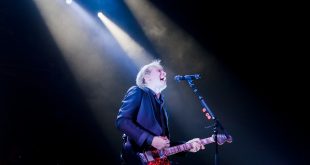 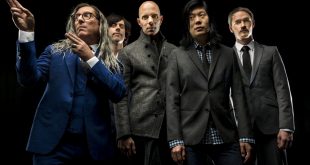