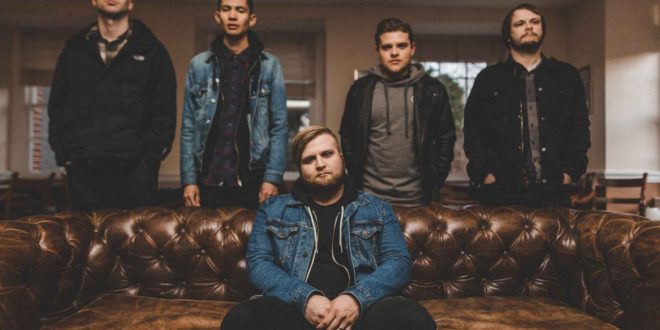 Continuing their newfound journey as Hostile Array, the Maryland metal quintet followed up with “Herd Instinct,” the sophomore single to lead their second permutation’s upcoming debut album. It is chock full of dark, pounding metal riffs, while conveying a theme of faith among the ignorance of a collective society.

“If we lose our principles, our nation has no value. We have lost our sense of what it means to have true freedom. If you protest the system or the powers that be, people often claim that you’re ‘anti-American.’” He adds, “In my opinion, dissent is one of the highest forms of patriotism.”

The video, directed by Michael Burkholder and edited by Bradley Atom, follows a group of five young adults facing the American flag. Black blindfolds are placed over each person’s eyes, which is followed by—through brutal honesty—a blind pledge of allegiance. Perspective shifts between that and the band’s equally brutal performance, demonstrating the ongoing resilience in the fight for a nation of lost souls.

I come from a family who is passionate about all things music. I learned to sing at an early age, and by 13, had my very own Fender Strat guitar. I tried my hardest at learning all that I could. Because I was born with cerebral palsy, I had to teach myself an adaptive playing style. I learned to write and record my own music, despite these difficulties. In college, I started making great use of my writing abilities by reviewing music, as well as copy editing. I guess it's best to stick with what you know, while welcoming a fair challenge at the same time.
Previous Gallery: Huey Lewis and the News at LouFest Music Festival in St. Louis, MO on 9.9.17
Next Gallery: Showtime Goma and Nancy Feast at The Ready Room in St. Louis, MO on 9.15.17 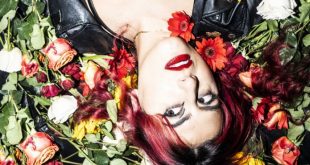