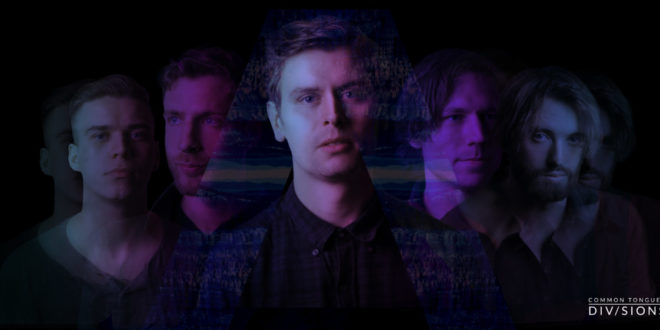 This 5-piece alternative/indie band based in Brighton, England features Tom Anderson on guitar and vocals, Oli Hinkins on guitar, Andrew Stuart-Buttle on violin and keyboards, James Drohan on drums, and Beau Barnard on bass. The guys have released acclaimed EP’s in years past, such as Tether & Twine and their self-titled EP Common Tongues. In contrast to their past projects, Divisions swiftly ranges their sound on the album from thrilling synth-electronic instrumentals to violin acoustics. Their newest single “Pioneer” which was released in May, gives a glimpse of what to expect from their upcoming album. The single uses soft guitar riffs in the beginning which then swells into an intoxicating masterpiece. “Pioneer” sticks out particularly from the rest of the album with easeful acoustics and pleasant melodies before the upbeat electronic sound comes into play. The building harmonies and arrangements that Divisions bring into the spotlight throughout the album emphasizes the lead singer, Tom Anderson’s candid and raging vocals.

Pressing the “play” button brings the listeners to the beginning track, “New Moon”, which sets up the scene and vibe for the album in a perfect way. Accelerating into synthetic pop from a folk-acoustic performance within the first minute of Divisions flawlessly shows Common Tongue’s whole personality and direction for this album. Gliding to tracks later in the album such as “Picture A Scene,” “Dogs,” and “Donate” conveys a mutual sound with intricate harmonies and similar deep lyrical themes such as conflicts and rebirth. The bubbling and absorbing electronic instrumentation throughout Divisions mixes quite well regarding the personal and gripping lyrics in almost every track.

A song that specifically sticks out from the 9-track list is “Back Against The Wall”. The last track on Divisions, also the longest, combines the whole album spotlessly. Limiting the amount of synth-pop and electronic sounds for this song, Common Tongues throws back to their roots for this one by focusing on acoustics and piano harmonies. The song grows more powerful and upbeat with strong harmonics from the use of violins and solid drums behind captivating personal lyrics. Regarding lyrics, “Back Against The Wall” has some of the most personally-relatable and deep lyrics out of the entire album. Anderson sings “When backs are against the wall, we are forced to act so irrational,” and “It’s a lover’s war, and love is lost”.

The only downside for me on this album is how the tracks seem to sound too much alike without much differentiating them, such as the tracks “Overturning,” and “Picture A Scene”.  Overall, Divisions is a pleasing and progressive debut album that gives a solid taste of Common Tongues’ unique sound.