Yet again, tickets are eye-wateringly cheap at just £10 each and go on general sale on Friday 26th May with O2 priority tickets on sale at 10am on Wednesday 24th May.

Following the huge success of the inaugural 2016 leg featuring Less Than Jake, The Skints, Mariachi El Bronx, KEMURI and The Bennies – which sold nearly 20,000 tickets with eight dates at O2 Academy venues across the UK – the tour is fast becoming a calendar favourite amongst the alternative crowd.

In addition to the announced line up, Fireball’s Hottest Band 2017 winners, Sheffield quartet Sweet Little Machine, will take the opening slot on the 2017 leg of the ‘Fireball – Fuelling The Fire’ Tour, following recent support slots on tours with Me First & The Gimme Gimmes and Patent Pending, promoted by Academy Events.

Commenting on the news, Fireball UK brand manager James Pattison says: “We’re delighted to be bringing the fire back after a hugely successful inaugural Fuelling The Fire Tour last year, and even more excited to bring you these awesome bands, all of which I’ve personally grown up listening to and loving. At Fireball UK we’re hugely committed to bringing great music experiences to the fans at prices that don’t cost the earth – and renewing the £10 ticket idea is central to that. These shows, much like last year, will be one big party!”

Recently celebrating their 25th anniversary in 2016, Reel Big Fish were one of the legions of Southern California ska-punk bands to edge into the mainstream following the mid-’90s success of No Doubt and Sublime. World renowned for their hyperkinetic stage shows, sense of humour, ironic covers, and metallic shards of ska, the group cultivated an underground following that broke into the mainstream in summer 1997. Still fronted by original lead singer and song writer Aaron Barrett, they continue releasing albums and touring relentlessly, playing over 250 shows a year to thousands of loyal fans all over the world, gaining more and more underground popularity as the ska scene continues to flourish.

Pennsylvania punks Anti-Flag are well known for their political activism, focusing on anti-war activism, anti-imperialism, class struggle, human rights, and various socio-political sentiments. Their advocacy of progressive political action groups such as Greenpeace, Amnesty International and the global Occupy Together movement has cemented them as one of punk rock’s most politically minded and forward thinking touring outfits over the space of their near 30 year career.

Since their inception, during high school in California nearly two decades ago, the Mad Caddies have sold over 400,000 albums and toured the world countless times, delighting fans with their unique blend of reggae, punk, ska and pop. While trends and times have changed, the Mad Caddies’ commitment to creating dynamic music has only grown stronger. 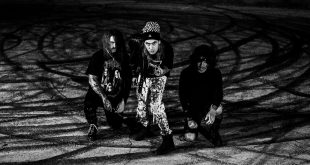