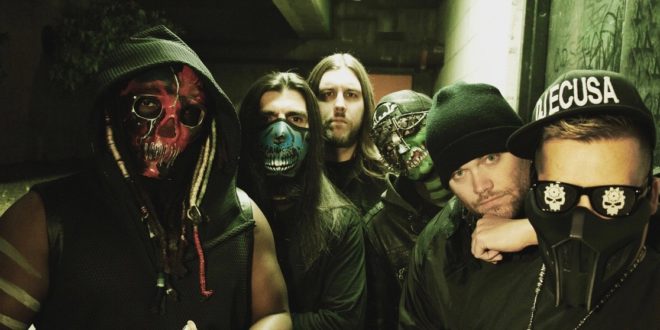 Alternative Metal Band DIRTY MACHINE has released the Official Music Video for the title track off of their upcoming, debut album, Discord. Releasing May 26 via Zombie Shark Records, Discord was produced by Ben Jovi and Dirty Machine at Left Coast Label Studios. The music video for “Discord” was produced by Ron Thunderwood from 9Electric, who has directed music videos for Hollywood Undead, Combichrist, and Stitched up Heart.

We are excited to be joining forces with Zombie Shark Records, a record label whose mission is to bring back the genre that Dirty Machine themselves and so many millions of other fans around the world live for – nu metal. With our debut album recorded, Dirty Machine and Zombie Shark Records teaming up guarantees the resurgence that the world has been waiting for! – David Leach – Vocals

‘Discord’ will be available worldwide on May 26th, 2017 and can be pre-ordered at www.zombieshark.net