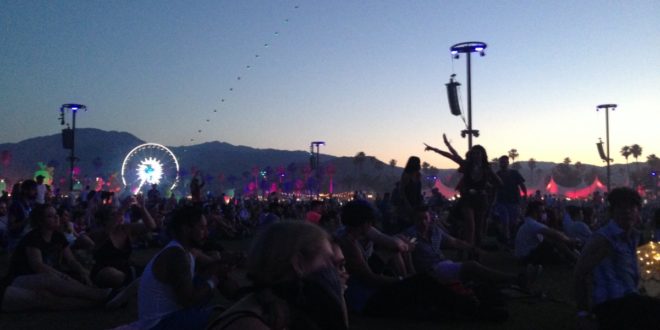 Coachella weekend two doesn’t feature the same star power of this famous desert festival’s opening dates. Celebrities have, for the most part, already moved on to the next TMZ-attended event by then. What’s left, though, are the same great acts playing especially fine music.

Opening night headliner, Radiohead, had something to prove – for a change. This is one of the truly great modern bands, which impresses even when releasing quietly confusing albums, like the recent A Moon Shaped Pool. The group experienced sound problems during its weekend one performance, though, which certainly must have frustrated these perfectionists. Seemingly with that memory in mind, Radiohead came on with a vengeance. After closing with a few old favorites for encores, including “No Surprises” and “Fake Plastic Trees,” this Thom Yorke-fronted Brit Pop act revealed what a fine five-piece it is. In many moments, these complex song arrangements highlighted just how integral each member is to the whole. At its best, the band suggested The Who, which in its original incarnation, was like a well-oiled jazz combo – albeit, one with massive amplification.

Much fuss was made about Lady Gaga stepping in for the pregnant Beyoncé. And Lady Gaga proved, just as she did during the recent Super Bowl halftime show, that she’s always up for the big stage. Gaga mostly stuck with the hits so that even mild fans could go away happy and humming “Poker Face” and “Bad Romance.” The show’s high point, though, arrived when Gaga slowed “The Edge of Glory” down to a piano ballad and dedicated it to a friend ill with cancer. Gaga appeared truly moved, which is a new –and welcome – look for her.

New Order, all dressed in black, may have risen from the ashes of Joy Division, but they had fans dancing like joyful children throughout their set. Yes, they closed with Joy Division’s “Love Will Tear Us Apart,” but that gloom was far outweighed by dance romps like “Bizarre Love Triangle” and “The Perfect Kiss.”

Many of the festival’s best music took place either early in the day, or off at one of the side stages. As good as Gaga was, Bishop Briggs in a smaller tent was even better. Running and jumping, even though it was still extremely hot when she took the stage, all her hyperactivity didn’t detract from her powerful singing voice, which she applied to seriously heavy pop songs. Is it too early to say a star was born?

Other artists that left an enjoyable impression included Father John Misty and Bon Ivar, both main stage performers. The good Father’s music is as beautiful as it is sad, and as philosophical as it is hum-able. He may be down on mankind, but he sure states his case with pretty music. Bon Ivar, on the other hand, came on with what seemed like an eternity of sonic cacophony. He soon settled into a much gentler groove and even closed out his set with a cover of Don Henley’s “End of the Innocence,” which also featured Bruce Hornsby guesting with his distinctive acoustic piano styling.

If you made this desert trek to spot celebrities, you likely left disappointed. But if you braved the hot sun to hear a lot of truly memorable music, being just a little late to the party paid off this time.