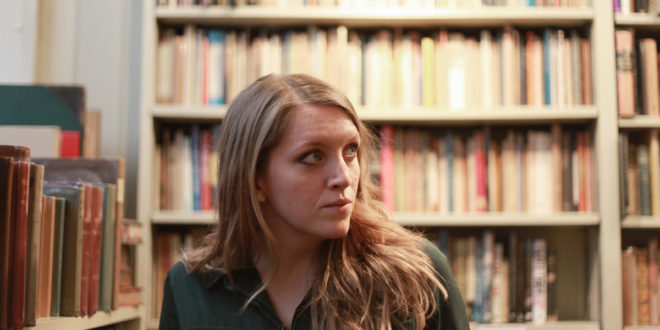 A project to bring to life true stories from people around the world has been completed today with the release of a new track from British singer songwriter Emma Ballantine.

“Through Your Eyes” – the fourth and final track from Ballantine’s Somebody’s Story EP, offers a glimpse of the world as seen by 14 year-old James, who has autism. Based on a story submitted by James’ mother Nancy, the song credits James as a co-writer and features samples from his own music, created with Baltimore-based producer and beat-boxer Max Bent.

Released ahead of World Autism Awareness Day (2nd April), the track combines elements of James’ track “Don’t Bore Anyone’s Ears” with layered synths and subtle backing vocals to create a powerful and expansive soundscape to conclude the four-track record. Emma adds “From the moment I read James’ story and heard his music, I knew I had to write a song that captured the wonderful way he sees the world. I hope it challenges preconceptions and shows that perhaps people with autism have a clearer appreciation of things and a deeper wisdom than people without. »

The EP, recorded with Brixton-based producer Moseley, will be released via iTunes, Spotify and other digital platforms, and Ballantine will mark the launch with a performance at The Green Note in Camden, London, on Sunday 9th April.

The previous three tracks in the series have brought to life stories including a 7,000 mile journey to Kenya, inspired by love at first sight (Astronaut); a chance encounter in a dive bar in Chicago (Harmonise); and a young girl’s determination to move on with her life after a harrowing court case (Secret Tunnel).

The full stories behind the tracks can be found at www.somebodysstory.com. Somebody’s Story EP is now available on all digital and streaming services.